Are Californians Suffering From Drought Fatigue? 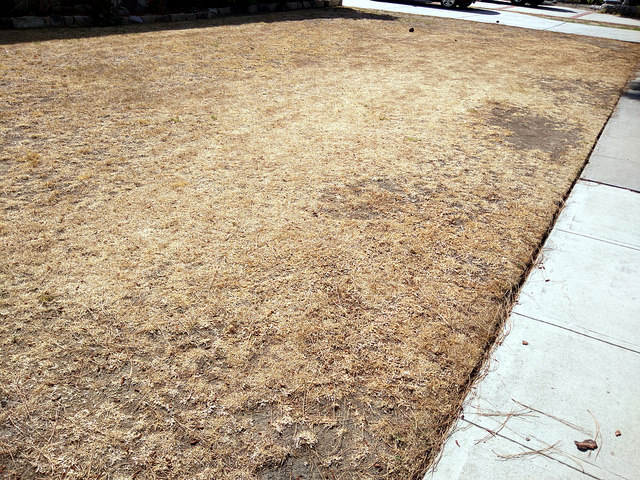 An unwatered lawn in Burbank, California. Many Californians have abandoned traditional lawns in order to conserve water.

California residents missed their water conservation targets in January 2016. This supports the findings of a Water District of Southern California survey, which discovered residents in their service area are suffering from “drought fatigue.”

An average of 17.1 percent less water was delivered by urban water districts across the state in January compared to January 2013. The state goal was a conservation rate of 25 percent for that period. The target was missed in October, November, and December, too. KQED reports that conservation peaked in July 2015, when consumers decreased their use by 31 percent compared to the base year.

Cutting Water Use as Much as Possible

But after months of saving water, it appears some residents are through trying to do any more than they already are. About 9 in 10 respondents to a survey commissioned by the Metropolitan Water District of Southern California said they either strongly or somewhat agree with the phrases “I’ve already cut back on water use at my home as much as I can” and “There’s not much more I can do to save water.” A majority of those polled stated they are willing to decrease their consumption.

Roughly 62 percent of respondents stated they “strongly agree” they had saved as much water as they could, while 26 percent responded with the phrase “somewhat agree.”

The survey assessed the opinions of residents’ within the water district via telephone and online during December 2015.

Cynthia Kurtz, a board member of the Metropolitan Water District of Southern California, told the Los Angeles Times:

They know what they’re doing [to conserve], and they believe it’s everything, but when you start giving them other ideas […] they realize they’re not. […] So drought fatigue, in a sense, means they’ve run out of ideas, and we need to keep reinforcing that there are other things they can do.

Recent rains have done little to address California’s water woes. A 2014 study found that 11 trillion gallons of water would be needed to end the ongoing drought.

The state of California drought restrictions, as of March 2016, remain in place into fall 2016, but those rules are scheduled to be reviewed and possibly adjusted in April 2016.

Among one of the more drastic water-saving measures some Southern California have adopted in the drought is lawn replacement. Many home-owners planted drought-tolerant shrubs and tall grasses and installed drip-irrigation. A smaller number incorporated measures such as rainwater harvesting.

Rather than focusing on the larger, and very valuable, water conservation measures such as appliance replacement, the respondents might have been thinking about their individual efforts and behaviors when responding to the questions, say some experts.

Kurtz told the Los Angeles Times the survey will be used by the agency to guide its continuing water conservation efforts. She says one means of staving off so-called “drought fatigue” is for legislators and water utilities to thank their customers. She stated:

Image by Cory Doctorow, used under a Creative Commons license.