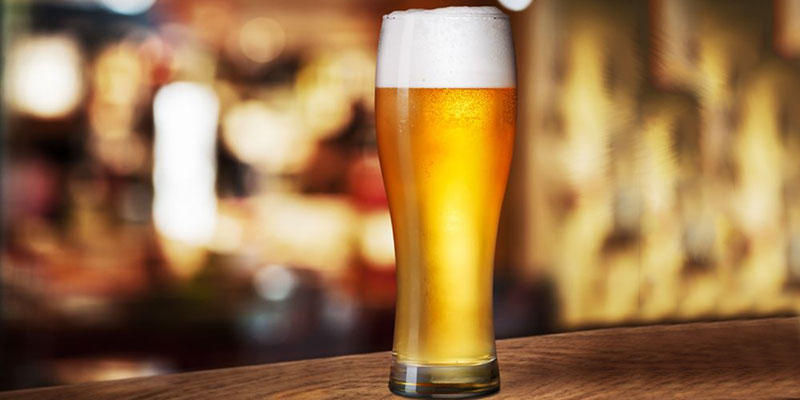 About 20 gallons of water is required to create a single pint of beer, which makes wastewater recycling particularly attractive to breweries.

Medium-scale wastewater reuse is a perfect fit for beverage bottlers, but can beer break the ice with the public?

Why would a craft beer brewery emphasize that it’s made of recycled wastewater? It might seem counterintuitive, but many hope the strategy is effective at opening people up to the idea of drinking purified recycled wastewater — so much so that local governments and private businesses are partnering with breweries to promote wastewater reuse programs.

Using a decentralized wastewater treatment system is attractive to beverage bottlers in terms of the bottom line. These systems deliver cost-efficient water purification near the supply point or the source of generation. In areas with overstressed water supplies, the advantages are clear. As Alexandra Alter at the Wall Street Journal writes:

Getting Beyond the Yuck Factor

Despite increasing demand for water and the advantages of recycling wastewater, educating the public is still important for bottlers as doubts and fears have persisted well beyond rational concerns about the technology. Can the popularity of beer outweigh negative attitudes and become an ambassador for water recycling?

Toward that end, some forward-thinking engineers and Colorado craft breweries are “hoping to change the way people brew and enjoy beer.” Denver engineering group CH2M recently delivered recycled wastewater to local beer-makers Lost Highway Brewing, Lone Tree Brewery, and 105 West Brewery, which have begun to brew beer with it.

Consumers’ increasing sense of responsibility for our environment adds “green” currency and value to a beer brand, but it’s possible that a simple love of beer could do more to open people up to the idea of enjoying recycled wastewater than higher motives.

Local governments have also used beer to turn unenthusiastic acceptance of large-scale wastewater recycling projects into a warm embrace. In San Diego, local beer-maker Stone Brewing has created an award-winning brew called Full Circle Pale Ale. The beer started as a way for San Diego leaders to showcase the water-reuse demonstration facility for the city’s Pure Water Program. Through this phased, multiyear program, San Diego plans to be using recycled wastewater for a third of its water supply within the next 20 years.

Arizona’s Pima County also has gotten in on the act, sponsoring the AZ Pure Brew Challenge. In the desert, “water is everything,” according to Pima County’s explanation of its embrace of the challenge. Its Pure Brew effort involved constructing a mobile wastewater treatment facility that traveled from community to community collecting processed wastewater. The water was further purified onboard and brought to microbreweries around the state, finally ending up in the glasses of the beer-tasting public.

Dragoon Brewing Company won the competition with its Clear Water Pilsner, and Arizona beer drinkers accepted the recycled wastewater brew well. The challenge demonstrated not only the high quality and desirability of beverages made from recycled wastewater, but also the effectiveness of a water treatment facility that can fit on the back of an 18-wheeler.

As the efficient use of water becomes more important around the world, drinking recycled wastewater will become more and more common. But for now, there is still a fair amount of reluctance associated with it, despite the fact that today’s recycled wastewater is better in most cases than what comes out of the tap.

Fortunately, the flavor of a top-notch microbrew seems to alleviate some of the psychological barriers to consuming high-quality recycled wastewater.