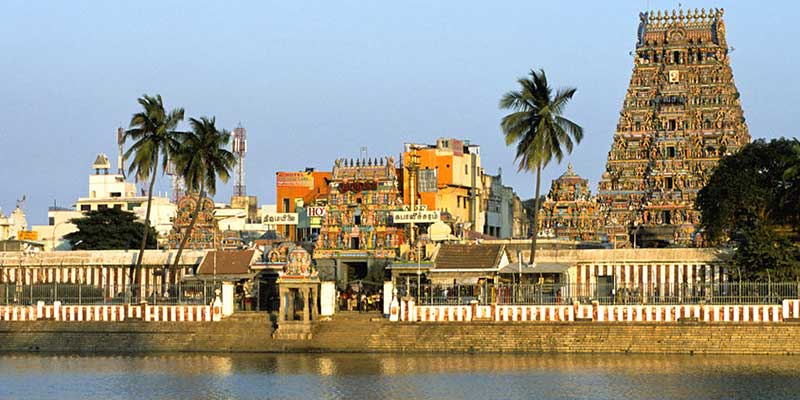 Chennai’s location on the Bay of Bengal makes desalination a viable source of potable water. The government has been providing residents with 450 million L/d of desalinated water during the crisis.

In the Indian city of Chennai, major reservoirs that supply the population with water have run dry, forcing residents to stand in line for hours to access water from government tanker trucks. Hotels and restaurants have closed, and even hospitals are unable to adequately care for patients.

Chennai, once known as Madras, is one of India’s largest cities, with a population of almost 5 million in the city proper. It is South India’s largest industrial and commercial center, and is considered the “Detroit of India” for its burgeoning automotive industry. With the stakes high in terms of both public health and economics, the city is desperate to explore solutions.

Desperation in Chennai Leads to Unrest

The Madras High Court recently called out the state government for inaction after Cholavaram Reservoir officially ran dry on June 11, and the Red Hills and Chembarambakkam reservoirs came close. This prompted state policymakers to establish a committee to monitor the situation. The water shortage has also increased tensions among residents: Police recently arrested one man for stabbing his neighbor in a fight over neighborhood water, and unrest escalated with the recent arrest of 550 or more Chennai water protesters.

During the water crisis, the majority of the city has relied solely on water tanker trucks from Chennai’s water department. The government provides about 450 million L/d of water from desalination plants and existing reservoirs, and private tanker trucks can supply 200 million L/d.

The Poondi reservoir has taken up some of the slack, but together, Chennai’s reservoirs are at 32% of capacity, leaving officials anxiously seeking new sources of water — such as drilling new boreholes and accessing water from quarries — to head off more violence and unrest.

Depleted aquifers are a particular source of anxiety. One social activist explained, “The only way to make this better is to improve the groundwater level. We’ve had dry years before but the groundwater was our saviour.” An official put the situation in starker terms: “The destruction has just begun. If the rain fails us this year too, we are totally destroyed.”

Options From India and Abroad

Chennai has more options than many cities in India that are facing dire, multi-year water crises. Many states in India have already adopted comprehensive water reuse plans that require industry to use recycled municipal wastewater, thus relieving stress on aquifers. In a heavy industrial center, a great deal of benefit also comes from the recycling of industrial process water. And, Chennai is also on the coast with an endless supply of seawater for desalination.

While the monsoon season began June 1, the first spell of rain, which arrived June 20, was the first in about six months. While rain may have come in time to save Chennai from immediate crisis, investment in sustainable reuse and desalination technologies is a proactive way to create a buffer against the caprice of nature and climate change for a resilient future.