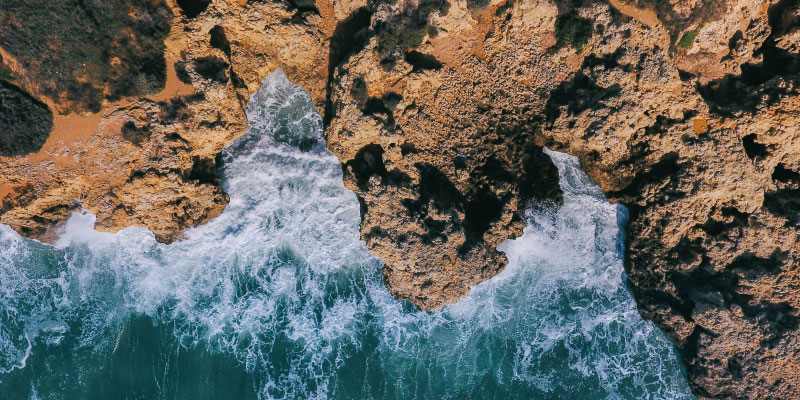 In coastal areas, drawing too much water from underground aquifers draws in saltwater, making the water unfit for consumption or irrigation.

As freshwater supplies around the world diminish, human intervention is needed to protect existing sources to slow the onset of water scarcity. One ongoing struggle is to preserve the water in underground aquifers, which cities often rely on for drinking water. Intrusion of saltwater into these underground supplies is rendering them unfit for consumption or irrigation.

The rock and soil that form these underground basins are permeable. This allows the aquifers to recharge from precipitation, but when over-extraction changes the aquifer’s pressure, saltwater can seep in.

When cities exclusively rely on groundwater as a water source, this is a problem. According to experts from the San Francisco Public Utilities Commission explained to the San Francisco Examiner, San Francisco blends local groundwater with reservoir-sourced water. To keep its groundwater use in check, wells are monitored for both water level and salt content. Agency officials said that if either level should change, it will switch to other wells or stop using groundwater.

In nearby Watsonville, the Pajaro Valley Water Management Agency is spending $6.3 million to address the area’s seawater intrusion problems, which are caused by overdrafting.

This problem is well documented in this and other parts of California, and in coastal New Jersey and Florida, and has been recorded throughout the world for about 100 years. Island areas such as the Maldives have had ongoing struggles.

In Egypt, a combination of the rising sea level and land subsidence is increasing saltwater intrusion. With only 660 cubic meters of fresh water a year for each resident, Egypt is one of the world’s water-poor nations. In comparison, residents of the United States use 9,800 cubic meters of water per capita. Crop productivity has been decreasing, and with the population of Egypt expected to double within the next 50 years, a lack of both water and food could prove catastrophic.

The global rise in seawater levels — expected to increase between 11 and 88 centimeters during this century — will exacerbate the problem around the world. Ahmed Sefelnasr, an Assuit University geologist, explained the problem in detail. Not only will the land eventually shift, he said, but also:

If the best solution for the problem is to not use underground water, then what should be done? Many communities are exploring a combination of options to create more sustainable and resilient water supplies. These include groundwater management, aquifer recharge, water reuse, stormwater management and capture, and advanced water treatment, including desalination.

The problems are long-term ones. Rosemarie Imazio, head of the Pajaro Valley Water Management Agency board explained to the Santa Cruz Sentinel:

Every bit [of water] we can save and put to a better use without having to draw out of the ground is hugely important. […] We’re chipping away at it a little at a time.

Image by Geran de Klerk, via Unsplash, used under a Creative Commons license.