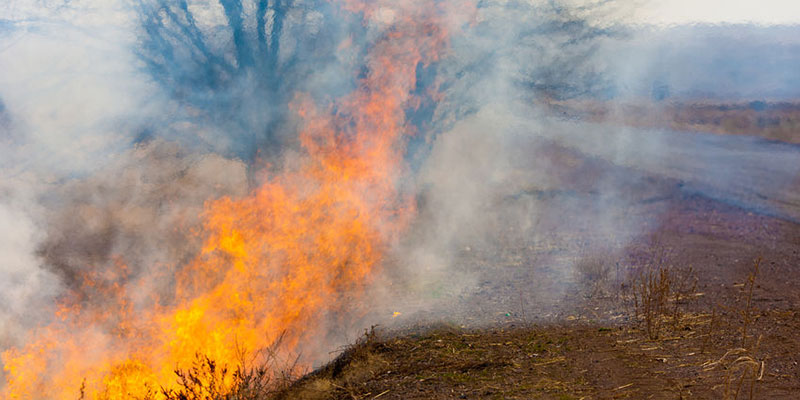 Depleted groundwater can cause drier conditions that lead to more severe wildfires.

Researchers find that low water can dry ecosystems, leading to conditions that encourage fires to spread

A connection between groundwater depletion and increasingly destructive and frequent forest fires — like the recent ones in the American West — might seem tenuous at first glance, but in fact such a connection has been observed not just in United States but also across the globe.

Inadequate monitoring and study of these ecosystems corresponds with a general lack of awareness that they and other nearby ecosystems are in trouble, especially during parching summers and droughts.

Groundwater dependent ecosystems are resilient against water stress, but they begin to decline, sometimes irreversibly, if there is little groundwater available and when there’s also a shortage of surface water. This loss of habitat cascades into trouble for the structure and function of the ecosystem by interfering with reproduction, growth, recruitment, and mortality.

Southeast Asian rainforests have been drying up for the past 20 years, creating conditions conducive to fires that have led to many deaths related to smoke pollution. Some estimates place the number of casualties as high as 400,000. In Borneo, researchers have found a correlation between forest fires and groundwater dynamics.

During lengthy dry periods, the researchers have found that groundwater levels become so depleted that underground capillary action is effectively halted, creating a “hydrological drought.” When fires happen during hydrological drought, there’s a tenfold increase in the area of forest loss. This discovery is likely to improve predictions on when fires will happen and how extensive they will be.

These dynamics are hard to measure because they take place underground, so some researchers are measuring water in karstified limestone caves to study it on its movement from the surface to aquifers. In the years after a significant wildfire, researchers note more evaporation, less aquifer recharge, and nutrient spikes that are eventually moderated by regrowth.

Some researchers in Italy, however, have noticed that in coastal areas, fires actually decreased saltwater intrusion into aquifers, presumably by allowing more water to pass into the ground. It is hard to know if that is a net plus.

Perhaps the most hopeful news for groundwater globally is new technology for decentralized wastewater treatment that produces water suitable for reuse. One example of this is Fluence’s Smart Packaged Aspiral™ solution, utilizing MABR technology, which can treat water for reuse in recharging aquifers, helping to maintain the balance of a healthy ecosystem.