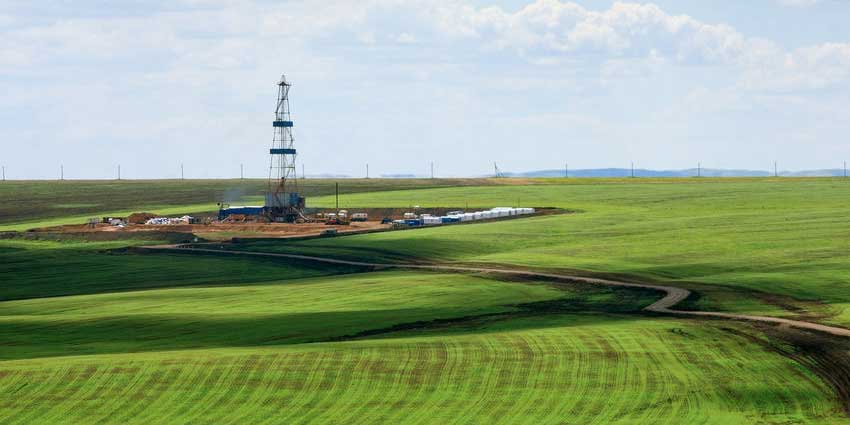 Fresh water is a basic human need that’s enmeshed in every aspect of human existence, not just as drinking water. Large quantities of fresh water are used for both agriculture and for energy generation, putting the sectors in competition for increasingly scarce freshwater resources. And with expansion of modern farming techniques, more energy is required to grow food.

When basic human needs are not met, it can set the stage for unrest and political insecurity, which in turn can hamper access to food and water in what the World Bank calls a vicious cycle of fragility. The developing world sees the worst of this vicious cycle.

With fragile political circumstances and weakened or nonexistent regulation and water management, water systems and standards can fall by the wayside. Without proper management, industrial waste or sewage can then contaminate aquifers that supply water for drinking and agricultural irrigation. Overdrawing water from aquifers can lead to saltwater intrusion and ground subsidence.

Recognizing the extensive web of connections between water, energy, food, and security as a more complex whole is now part of modern development at all levels. Since the World Economic Forum exposed the risk correlation between the water, energy, and food sectors in its Global Risks 2011 report at the Davos Summit, the water-energy-food (WEF) security nexus has become a basic truth of geopolitics. The report stated:

Any strategy that focuses on one part of the water-food-energy nexus without considering its interconnections risks serious unintended consequences.

Also in 2011, the Stockholm Environment Institute (SEI) released its Understanding the Nexus report at the Bonn Conference. It explained how:

Issues — including growing populations and higher-consumption lifestyles — combine to put pressure on resources, undermining resilience to environmental crises and driving social-ecological systems to the brink through land degradation, water stress, or famine.

SEI saw the main challenges for the nexus approach as the reconciliation of long-term, worldwide goals to relieve these pressures (such as climate change mitigation, ecological stewardship, and social equity) with short-term economic benefits, protection of local livelihoods, and human rights to water and nutrition.

It recognized, for instance, the importance of water to biomass for watershed resilience and carbon sequestration, which in turn relates to local economies. Further, it examined waste as a resource in multi-use systems, explaining how cross-sectoral management boosts efficiency. Especially in multi-use systems, waste and byproducts can be used as resources for other products and services, such as in green agriculture, integration of wastewater and energy, and in multi-use reservoirs.

Decentralized Treatment and the Nexus Approach

Much technical progress has been made since 2011, when SEI referred to desalinated water as “bottled electricity.” Technological breakthroughs have slashed the energy requirements of desalination, expanding its viability and availability to a much larger market. Fluence has responded with its Smart Packaged NIROBOX™, a containerized desalination technology that is quickly deployed and highly scalable.

Containerization is essential to the wide use of decentralized water treatment, which dovetails with nexus approach goals. For instance, developing countries unable to construct large-scale infrastructure and expansive pipe networks can now quickly commission scalable treatment adjacent to need and supply with little construction or site preparation. The low energy requirements are well suited for alternative energy sources, integration with waste-to-energy systems, and water reuse, providing a potent tool for nexus approach management.