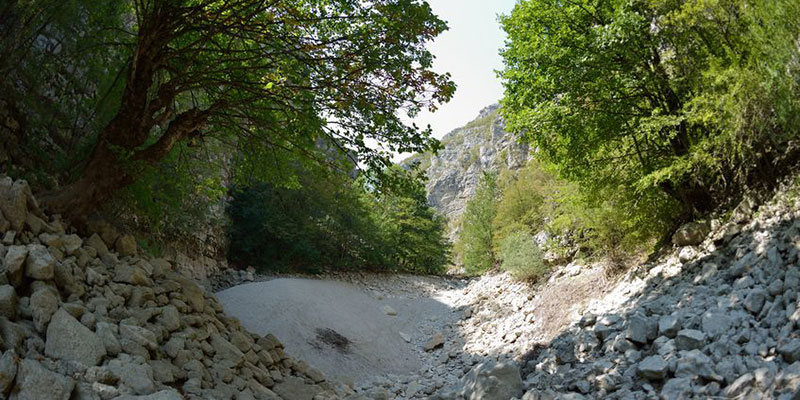 Surface water levels show an instant impact on streamflow, but groundwater depletion can progress invisibly for decades, like a “ticking time bomb.”

A new study, published in Nature, shows that river water flow levels are too low to support healthy riparian ecosystems in almost 20% of areas that rely on groundwater pumping. The news does not bode well for coming decades. According to projections, more than half of those groundwater-dependent areas will exceed their environmental flow limits by 2050. The study is the first to model the effects of groundwater pumping on rivers worldwide.

Lead author Inge de Graaf of Germany’s University of Freiburg stressed that the study’s big surprise is that even a tiny dip in aquifer levels can tip the balance, leading to critically low flows that decimate sensitive watershed ecosystems. She said:

Surface water levels show an instant impact on streamflow, but groundwater depletion can progress invisibly for decades, like a “ticking time bomb.”

Around the world, groundwater is the largest source of fresh water, but humanity is using it faster than natural systems can replenish it. The current study shows effects on river flows are particularly severe in heavily irrigated areas.

The study isolated some aquifer depletion hotspots that had already surpassed their flow limits before 2010 because of low discharge and high groundwater dependence. These included the Kansas High Plains aquifer, a portion of California’s Central Valley aquifer, regions of Mexico, and parts of the Indus and Upper Ganges basins. Although not singled out as hotspots, environmental flow limits have been reached in the Northeastern United States and in some areas in Argentina.

With drier climates and more reliance on irrigation expected, the researchers’ 2050 predictions call for more breaches of critical flow limits in southern and central Europe, some Canadian regions, Asia, Australia, and Africa. But these are optimistic projections that do not even include rising demand tied to burgeoning population and the emergence of new economies.

While the physical and economic effects of this “time bomb” will be all too evident after the timer hits zero, the authors caution that groundwater requirements should be part of worldwide water resource assessments before delicate ecosystems irreparably collapse. de Graaf said:

While this is clear and well known for local studies, seeing the consequences globally is rather shocking. We hope we raise awareness of a slowly evolving crisis.

The study shows that groundwater in heavily irrigated areas presents a particular problem, in terms of both supply and demand. Water reuse can address the problem from both directions. Treatment of wastewater can produce an effluent safe for agricultural irrigation, which lowers demand on aquifers. What’s more, highly treated recycled water also is suitable for a managed aquifer recharge program to help replenish groundwater in areas where natural systems can’t keep up with human usage such as agricultural irrigation.

One low-energy wastewater treatment solution for reuse is a Fluence technology called the membrane aerated biofilm reactor (MABR), which treats sewage to both the stringent California Title 22 and Chinese Class 1A standards. The technology can turn wastewater into an effluent of very high quality for irrigation or aquifer recharge, all at considerable energy savings over legacy biological treatment processes.