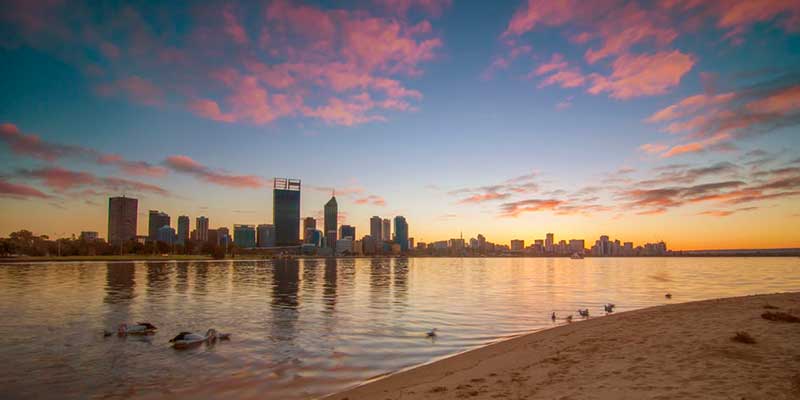 Perth, which has been diversifying its water sources as stores dwindle, now indirectly uses 10% of its sewage, a figure that the city plans to increase to 100%.

Potable reuse of wastewater has gone by many different names, some of them unflattering, like “toilet to tap.” Despite the clear benefits of water reuse, this so-called “ick factor” has slowed the adoption of technology that can transform wastewater into drinking water.

Indirect potable reuse (IPR), though, has been gaining ground in countries around the world — including Australia. In IPR, purified water, instead of being used directly, is mixed with fresh water in storage basins or underground aquifers before being used for drinking.

In Sydney, treated effluent from sewage systems serving 116,000 residents flows into a catchment upstream from the enormous Warragamba Dam, which supplies water for the city. Moreover, the North Richmond Water Filtration Plant near Sydney draws water from the Hawkesbury-Nepean River, which is partially fed by treatment plants upstream. With population growth, more treated wastewater is discharged every year.

Because Sydney relies on its desalination infrastructure to provide water in dry years, it doesn’t rely as heavily on water reuse as Perth does. But such a strategy comes with a high price tag. With dams currently full, the large Sydney Desalination Plant has been idle, but in 2017, private operators of the publicly owned plant charged Sydney AU$194 million for maintaining it on standby.

Sue Murphy, CEO of Water Corporation of Western Australia, has lamented the way inaccurate language can damage the discourse on potable reuse, a technology that is already of great value to Australians:

In Western Australia […] [w]e use the phrases that have been traditionally used by the media to kill a plant, like ‘toilet to tap.’ […] The technology is very straight-forward and the risks are almost negligible. The issues are about community acceptance and bringing the community along.

Australia’s population is exploding and human settlement is spreading farther into the arid, inland bush country. Potable reuse may become a vital necessity for Australia’s growing population and economy in times of drought because of the high cost of desalinated water, compounded by the need to transport it 80 to 90 km from coastal desalination plants.

With Australia’s Millennium Drought still fresh in memory for Australians and Cape Town, South Africa, struggling to avert its “Day Zero,” people around the world are thinking twice before dismissing water reuse off-hand.

Christopher Gasson, publisher of Global Water Intelligence (GWI), believes we may in fact be on the verge of a “golden decade” of water reuse. Gasson noted a long list of governments in Southeast Asia, Latin American, and India that will unveil major wastewater plans in April at the Global Water Summit 2018 in Paris. Unlike past infrastructure pushes, the focus is now on reuse, and he believes the keys to success are real-time monitoring and waste-to-energy in decentralized systems.

Because many Australians see their expensive, centralized desalination mega-plants as white elephants, the continent may be ready for decentralized water solutions, small-scale treatment plants that take treatment to where it’s needed, reducing the need for expensive piping infrastructure.