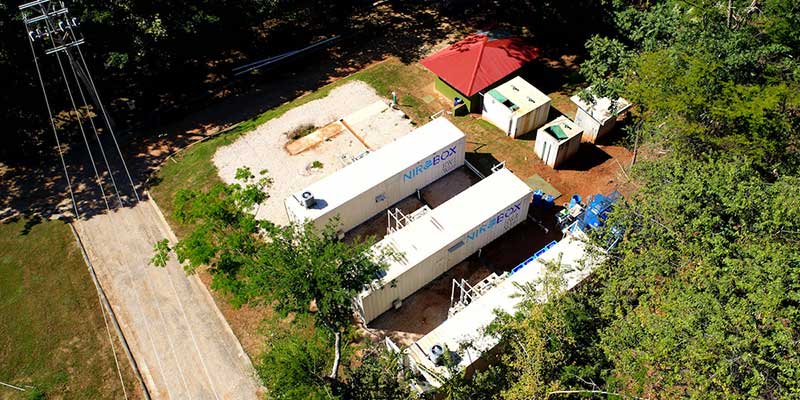 Some hotels and resorts, including the Reserva Conchal in Costa Rica, are turning to on-site desalination to ensure a steady supply of water.

In the United States, hotel rooms, pools, landscaping, laundries, and other facilities account for 15% of all water use in institutional and commercial facilities. And globally, many international hotel chains have come to understand sustainability as a bottom-line issue and have even started marketing their water conservation efforts to a public increasingly sensitive to environmental issues.

Research shows a new moral norm of acceptance for individual water conservation behavior that carries over into hotel stays. Researchers Heesup Han and Sunghyup Sean Hyun found that intentions to conserve water and reuse towels were morally normative and relied on anticipation of feelings and already established habit. But hotels also are relying on fixtures that minimize water use.

Typically, over 40% of the water used in a hotel is from showers, toilets, taps and kitchens, but installing low-flow fixtures, such as taps and showerheads, reduces water consumption.

Many of the company’s hotels have installed faucet aerators in rooms and are promoting other water conservation measures, with estimated savings of 7 million gallons of water yearly. Yet hotels and resorts in the developing world, on islands, or in water stressed regions struggle with an additional set of problems and opportunities.

Cape Town, South Africa, is a modern city, and hardly remote, but water stress there has turned into water crisis. It is now expected to become the first modern city to simply run out of water for its water system. The day the taps are anticipated to run dry has been dubbed “Day Zero.” As they wait, residents have been placed on austere water rations, but even boutique and 5-star hotels are taking conservation measures that affect their guests’ experience, as Helen Coffey at The Independent reports.

Some standard measures, such as switching to low-flow fixtures, are being put into effect, but as the crisis nears, guests in some hotels are being asked to shower for only 90 seconds, to use hand sanitizer instead of washing hands, to refrain from flushing after urination, and to brush teeth with a glass of water instead of running the tap.

Those staying for five nights or fewer will not have their towels laundered, and when they try to run a bath, they find the plug missing. Cape Town is not alone. Water stress across the globe even in developed countries may become the new normal, and without adequate preparation, even hotels in modern cities will be affected by water crises generally associated with underdeveloped regions.

Some resorts and hotels, even in remote regions or on small islands, are cultivating their own water supplies through water reuse and desalination.

In a guest column in Green Hotelier, Fluence’s Global VP of Sales Ilan Wilf explored some of the issues faced by such resorts. He explained that visitors to a remote vacation destination often are accustomed to using much more water than locals are and can place a strain on water resources.

One Costa Rican resort, Reserva Conchal, has addressed the supply issue with a containerized Fluence NIROBOX™ desalination plant. With its region gripped by drought, Reserva Conchal needed a dependable, affordable freshwater source that would not burden the already water-stressed environment.

Because NIROBOX™ technology is prepackaged in standard shipping containers, the plant can be quickly installed even in remote locations, and its tiny footprint and quiet operation ensured minimal environmental impact at the resort. Three piggybacked NIROBOX™ units produce 1,500 m3/d of drinking water as Costa Rica’s first seawater desalination plant.

Water Reuse at Hotels and Resorts

Not only does water demand from hotels and resorts tend to strain local supply, but the wastewater generated can overwhelm local infrastructure. Lapses in service can result not only in environmental and public health issues, but also can damage brands and bottom lines far beyond the trouble spot. It makes sense for hotels to have decentralized treatment systems on-site.

In-house treatment and reuse systems, including highly energy-efficient MABR technology, can produce effluent suitable for reuse in irrigation, letting hotels simultaneously treat wastewater and save money used in the irrigation of golf courses, gardens, trees, and other landscaping.

Recycling laundry water is another way to conserve water resources. In a report in Hotel Management, Jacques D’Rovencourt, general manager of the 1,200-room Hilton Americas-Houston, said a laundry water-recycling system installed at the hotel saved roughly $500,000 in the two years after installation, even after the cost of the system was subtracted. In the same article, Rafael Avalos, director of housekeeping at the Hilton Santa Fe (New Mexico) Buffalo Thunder, said that every day, the resort recycles half a million gallons of water, which is treated to grey water standards to irrigate its golf course.

Initial buy-in costs have perennially been a barrier to installing the most innovative and efficient treatment systems, but companies are increasingly offering more choice in financing options. Fluence’s Ilan Wilf said:

Resorts and hotels can finance distributed water and wastewater equipment through a long-term agreement with a growing number of technology companies. Installation and operation can be achieved with a monthly fee that is less expensive than a utility bill. In the case of financing or leasing, savings start immediately, while owned systems can deliver a full return on investment in just three years.

Contact Fluence to learn more about our cost-effective and sustainable decentralized treatment solutions for hotels and resorts.