Moving Away From Dams for Water Storage 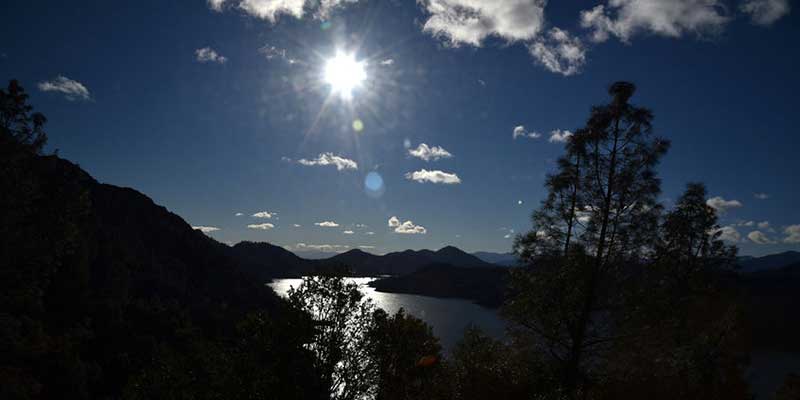 Peer-reviewed research has shown that approaches to water storage like aquifer recharge already have been responsible for adding more water to the state’s inventory than the water contained in Lake Shasta, California’s largest lake (shown).

California, with its huge water demand, deep and frequent droughts, and a willingness to pioneer, has often been at the forefront of water management. In California’s tradition of ambitious water projects, the bold Proposition 1 has set aside $2.7 billion for water storage projects to meet the challenges.

In the period between 1923 and 1978, California built 800 dams. With such a history, it is no wonder that dam enlargement and construction projects are vying for Proposition 1 funds. Dams are good at ensuring high-volume average deliveries, but water management has shifted focus away from that. Now the focus is on making sure water will not run out in drought years, and many Californians are re-examining the rationale for expanding dam capacity.

In fact, dam removal is becoming more and more common. In 2017, 86 dams were removed in the United States; 1,275 have been removed in the past three decades. Sometimes they’re removed because they have outlived their safe structural lives and sometimes because they have interfered with river ecosystems. California now has nearly 1,200 dams, with no plans for how to finance their removal when they lose structural integrity. A recent fracture at the Oroville dam raised awareness of the problem when it prompted the evacuation of 188,000 downstream residents. The repair bill is expected to come in at $870 million.

An important trend is storage of water in aquifers. In fact, unused capacity of California’s natural aquifers could hold three times the water held in all of the state’s surface lakes and reservoirs. The cost of building dams, both monetary and ecological, is much higher than the cost of recharging existing underground formations.

Aquifers can be recharged in several ways, from simply diverting stormwater and flooding fields, to pumping in wastewater treated for reuse.

New technology is making wastewater reuse less expensive and more viable as a part of a water storage strategy. For example, new membrane aerated biofilm reactor (MABR) technology has slashed the energy cost of wastewater treatment for groundwater recharge, to the point where distributed treatment away from the grid is more practical. A Fluence Aspiral™ MABR-based demo plant is currently operating in Palo Alto to demonstrate compliance with California’s stringent Title 22 standards. MABR produces an effluent that’s suitable for aquifer recharge.

The advantage to be gained by recharging existing aquifers brings up the question of why dam projects are under consideration. California is leaving new dam construction on the table when costs are prohibitive. The issue is beginning to move into the public consciousness.

An article in YaleEnvironment360 suggests that the new approaches may not have attracted much public notice partially for the simple reason that groundwater is not visually inspiring like a monumental dam. Nelson said:

We’ve been building a new generation of storage projects for 40 years and the policy debate has just not caught up.

[W]ater storage doesn’t necessarily mean a dam with water behind it. The commission‘s charge is not to fund the biggest new dam but to fund projects with the greatest net benefits […]