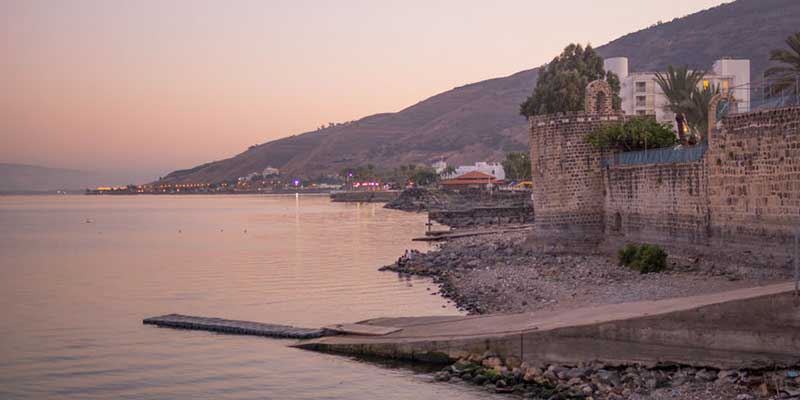 The Sea of Galilee, from which Israel draws part of its water supply, has receded to record levels.

Desalination and water conservation may not be enough to overcome it

Israel is known as the worldwide leader in desalination technology, with desalination accounting for 40% of the nation’s potable water. But it may not be as widely known that Israel also leads the world in water reuse, recycling 90% of its wastewater, four times more than its nearest competition.

But even with Israel’s robust commitment to water conservation and its impressive desalination capacity, some worry it may not be enough to overcome a deep drought that is already in its fifth year. As one of the most arid countries in the world even during typical years, this current unprecedented drought puts the nation in unknown terrain.

Israel has traditionally relied on a short winter rainy season to restore its water supply. Winter rains feed into the Jordan River, which flows to the Sea of Galilee and then continues on to the Dead Sea. These bodies of water are essential for the region, but climate change, population growth, and agricultural use have reduced them to a fraction of their former volumes. Some of the Jordan River’s tributaries have dried, and the Sea of Galilee has receded farther than ever before — so far that Israel is no longer tapping it for its national water system.

Fortunately, Israel opened five large desalination facilities even before the drought began and has made great strides in making the process — once highly energy-intensive — much more efficient. Currently, desalination supplies approximately 40% of Israel’s potable water, and continuing build-out of desalination infrastructure is expected to raise that number to 70% by 2050.

Population growth and a rainfall total of less than 20 inches (500 mm) between 2000 and 2010 — levels not seen since the 1960s — prompted the Water Authority and the Ministry of Agriculture to institute a conservation strategy, and there are now plans to revive Israel’s successful 2008 “Israel is Drying Up” public service campaign, which was a part of the strategy.

After Israel’s formidable desalination plants were commissioned and after a wet winter in 2014-15, freshwater conservation started falling by the wayside. But Sarit Caspi-Oron, director of the Water Department at the Israel Union for Environmental Defense advocacy group, explained:

So far, previous water restrictions have not been implemented again, even in northern Israel, where desalinated water is not available. But the situation is dire nonetheless. Many streams in Israel’s north are down to a trickle, and the Tel Dan nature reserve expects springs to dry up within months, which would likely kill tourism in the area.

Farmers with sensitive crops, like avocado orchards, stand to lose decades of work if there is a significant break in their ability to water their trees. But Israel Water Authority Chairman Giora Shacham recently told farmers:

If you were planning to grow a new strain of tomato — don’t do it, because there is no water. Stop planting, stop sowing new seedlings. There’s no water.

One fix under consideration is construction of another desalination plant that would likely cost more than $400 million. Another is the creation of new storage reservoirs that some believe would be a $60 million quick fix.

Decentralized water treatment solutions would be ideal for some parts of the country, but if past trends hold true in the future, Israel will help overcome its water-supply problems through innovative technology and share it with the world.