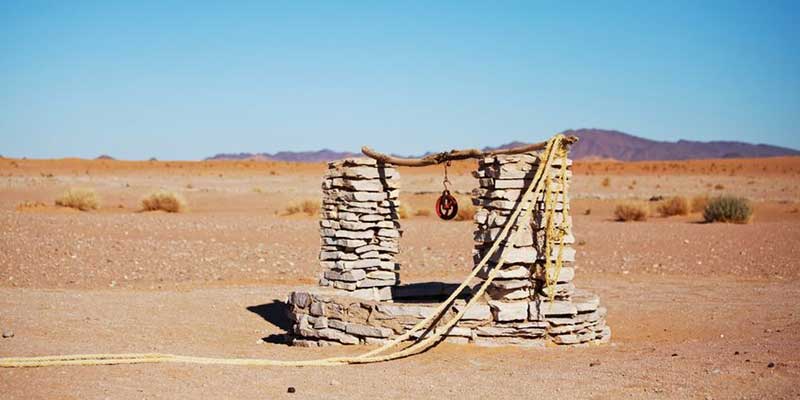 The World Bank report, which ties fragility to water scarcity, stresses the need for water both for private use and for safe agricultural irrigation.

This year, the Food and Agriculture Organization of the World Bank published a discussion paper, “Water Management in Fragile Systems,” that identified a troubling dynamic playing out on a large scale in the Middle East and North Africa: In a vicious cycle, water scarcity is compounding fragility, and fragility is compounding water scarcity. To break the cycle, the paper makes recommendations that point toward the development of long-term, cross-border strategies, featuring innovative technologies and solutions, including decentralized water treatment.

The World Bank defines fragility as a state of affairs in which:

Some of the populations most vulnerable to the cycle of water stress and fragility are those caught in conflict, young people, and small farmers.

Although many countries in the region have already shown forward-thinking leadership in terms of water management practices and institutions to protect their people from water stress, no crisis on the current scale has ever been encountered and it’s simply overwhelming proactive measures that already have been instituted.

To combat a crisis on this scale in the region, the World Bank argues vigorously for a shift from short-term, reactive strategies to balanced, long-term strategies, and that it is important to develop cross-border cooperation when water resources such as aquifers are shared between countries. Furthermore, countries in the region should:

The World Bank is not alone in its recognition of the new hope offered by decentralization in the water treatment industry. In the context of a large build-out of water infrastructure in the developing world, Christopher Gasson, publisher of Global Water Intelligence, recently argued:

Smart Packaged solutions like Fluence’s NIROBOX™ for desalination and MABR-based Aspiral™ for wastewater treatment are extremely agile in their portability and scalability, bringing treatment where it’s needed and eliminating the need for expensive piping infrastructure to large, centralized plants.

The report stresses the benefits of establishing such systems to support safe agricultural irrigation, which ultimately ties in to peacebuilding. Humanitarian aid should not be neglected in the short term during the development process because fragility is a negative environment for such development, but the goal is a long-term strategy.

In the middle of conflict or directly afterward, water delivery services and food security must be addressed rapidly. Supporting small crop and livestock farmers offers a possible avenue to establish sustainable food security. Finally, according to the report, another key to strengthening fragile contexts is the use of public-private partnerships to re-establish basic water and sanitation for citizens and agriculture.