Water Reuse: Making the Most of Every Drop 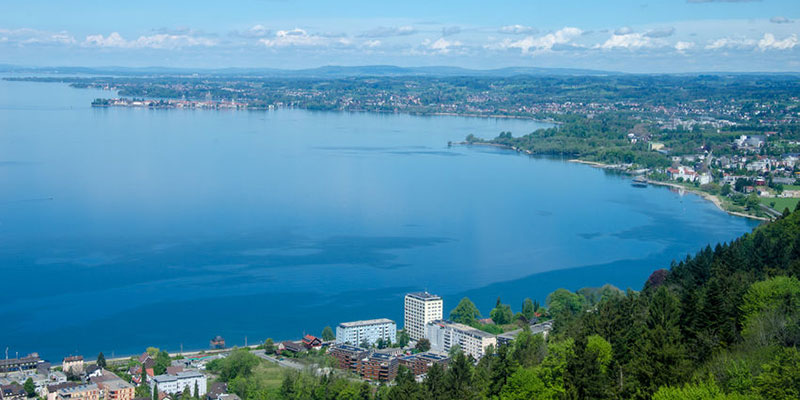 Humans have long relied on natural systems to purify our drinking water, but growing population has overwhelmed these processes. Water reuse is playing an increasingly important role in ensuring adequate water supplies.

With growing pressure on freshwater supplies, water reuse can turn waste into a valuable asset

Almost 20 years into the 20th century, climate change and human activities have put pressure on freshwater resources, leading to increasing water scarcity. With demand growing and supplies dwindling, the technical, psychological, and market barriers to reusing our wastewater gradually are being overcome. Sector leaders are now calling for a supportive framework for water reuse and predicting that we’re at the edge of a golden decade of wastewater reuse.

In a sense, all water on Earth already has been reused. As Neil Degrasse Tyson put it, “Some of the water you just drank passed through the kidneys of Socrates, Genghis Khan, and Joan of Arc.”

We have long trusted natural systems to purify our drinking water. The cycle of evaporation and precipitation is the natural form of distillation. Many microbial pathogens are unable to survive in the cold and darkness of underground aquifers, making most groundwater safe for consumption. Sunlight and microorganisms in the environment break down dangerous contents of wastewater, and simple dilution eventually renders wastewater harmless.

But these natural systems work at their own pace and have been overwhelmed by the activities of a growing human population. Because of this, the advantages of water reuse (also known as water recycling or water reclamation) are evident. Wastewater reuse takes place through a variety of processes.

In nonpotable reuse, wastewater is collected, treated, and used for applications that do not require potable (drinking-quality) water. Many municipalities have constructed networks of purple pipes to carry this nonpotable water to prevent it from being mistaken for potable water.

What kinds of applications are there for this type of recycled water? In one example, the city of Santa Barbara, California, has a purple-pipe system that provides water for irrigating landscaping at parks, schools, golf courses, the zoo, homeowner associations, and retirement communities. It also is used for flushing toilets, controlling dust, and cleaning sidewalks.

Indirect water reuse is the discharge of highly treated, nonpotable water into the environment as an intermediate stage before reuse, letting dilution and natural processes go to work. Such water might be discharged into a surface water body such as a lake or river, or into an aquifer as part of a managed recharge program. The water may be treated again on the uptake to achieve drinking water quality.

In Australia, which has been hard-hit by drought, indirect potable reuse is already underway in the continent’s largest city of Sydney because many upstream communities discharge their highly treated wastewater into the rivers that supply Sydney’s drinking water. On the other side of the continent, the city of Perth is reusing 10% of its sewer water by putting it through an advanced treatment system and then recharging the city’s groundwater with it.

Direct potable reuse is common in many parts of the world, but in the United States, it has been the hardest sell of any type of water reuse. Too often, the media has dubbed it “toilet-to-tap.” The public must be educated to overcome the emotional “yuck factor” before widespread adoption can take place.

Agricultural reuse is essentially the same process as reuse for landscaping irrigation, but at a much greater scale. Globally, 70% of the world’s freshwater resources are used for agriculture. In California, one Central Valley grower uses two-thirds as much water as the entire city of Los Angeles. Because of the high water demand of agriculture and a growing population, along with droughts that have plagued the state, California has invested heavily in large water-reuse projects and developed stringent Title 22 standards for agricultural reuse.

Industrial reuse is another area of water recycling that bears special mention. Water is indispensable to many industries around the globe for industrial processes, cooling, cleaning and a seemingly endless list of uses. Treating and reusing water on-site can reduce freshwater withdrawals, increase available supply, and deliver quality control.

Going beyond the recycling of water produced by industry, governments in drought- and water-stressed regions in India are mandating that local industry use treated and recycled municipal sewer water to relieve the draw from vital surface water and groundwater resources.

Another practice related to water reuse is resource recovery. In wastewater resource recovery, much attention is given to recovering nutrients like nitrogen and phosphorus for fertilizers, which are plentiful in wastewater. There are biomedical uses for biodegradable plastics, adhesives, and enzymes recovered from wastewater, and recovery of several carbon-based materials like biopolymers and PHAs may become commercially viable in the future. Energy recovery in the form of biogas recovered from anaerobic digesters has already been harnessed by industry to power processes and lower energy bills.

In an age of uncertain water availability, it’s clear that wastewater has become an asset too valuable to waste. Contact the reuse experts at Fluence for making the most of every drop of your precious water resources.