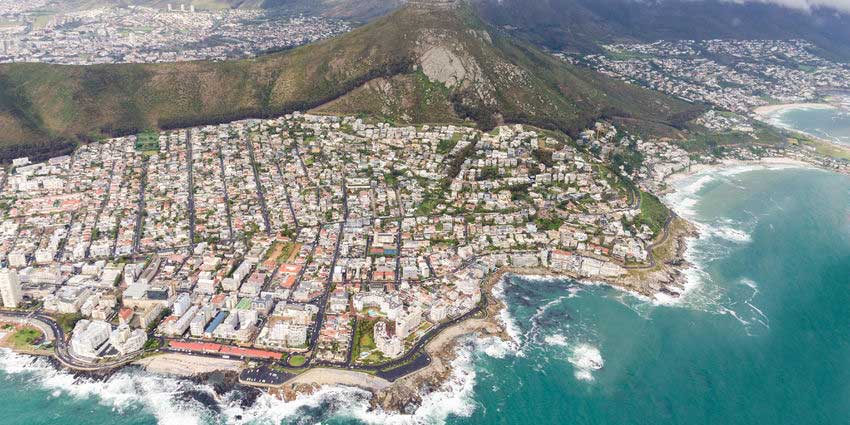 With residents facing the prospect of their taps going dry on ‘Day Zero,’ Cape Town officials are also considering effects on the city’s important tourism industry.

Residents focus on conservation as they prepare for taps running dry

Cape Town, at the southern tip of South Africa, is surrounded by beautiful ocean vistas, but austere water conservation measures put in place to counter a third year of severe drought have thrown some shade on the idea of a sunny vacation there.

The arrival of “Day Zero” — the day on which the taps of a modern city might for the first time be simply turned off — was initially anticipated sometime in April or May, but was just pushed back to July. It would mean Cape Town’s 4 million citizens would have to collect water rations from 200 distribution centers, and its mayor worries that could lead to anarchy.

According to reports, these allotments would be only 6.5 gallons of drinkable water per day per person, down from the limit of 13.2 gallons per person instituted on February 1. Police and military will be stationed for crowd control.

Although worst-case scenarios remain a worry, seasonal rains and measures such as aquifer extraction will likely help, making the crisis less likely to disturb tourism.

They may amount to only 1% of the population during tourist season, but visitors are responsible for more than 300,000 jobs. To protect these jobs, the government may exempt downtown areas from being cut off so as not to disturb the tourism economy.

On the regional scale,  two groundwater projects are underway for the Atlantis and Cape Flats aquifers, and a third is planned for Table Mountain in the future. The City of Cape Town reports the two current projects are 53% and 60% completed, respectively.

A large-scale direct potable water reuse plant is under construction at Zandvliet. Xanthea Limberg, the mayoral committee member with responsibility for water, said the ambitious plant will produce 10 million L/d of drinking water for the suburbs.

The city council has commissioned the construction of three desalination plants at Monwabisi, Strandfontein and the V&A Waterfront, where it will be located in ‘an open-air parking lot.’

Together, Monwabisi and Strandfontein are expected to produce 14 million L3/d by late February, and the V&A plant should start producing 2 million L3/d starting in March. Another desalination plant in Cape Town Harbor also is in progress.

The four large-scale desalination plants upon which Cape Town has pinned its hopes, however, have run into some impediments. Some of the problems are just the nature of large-scale plants, particularly, that not all necessary funding has yet been raised.

Reportedly, only one of the four desalination projects is on schedule, but that the city government says it’s 57% finished with  all projects, which include recycling and groundwater efforts.

Although behind schedule, Cape Town’s Day Zero preparations are accelerating in the hopes of averting a water system shutdown and preserving tourist-industry jobs.