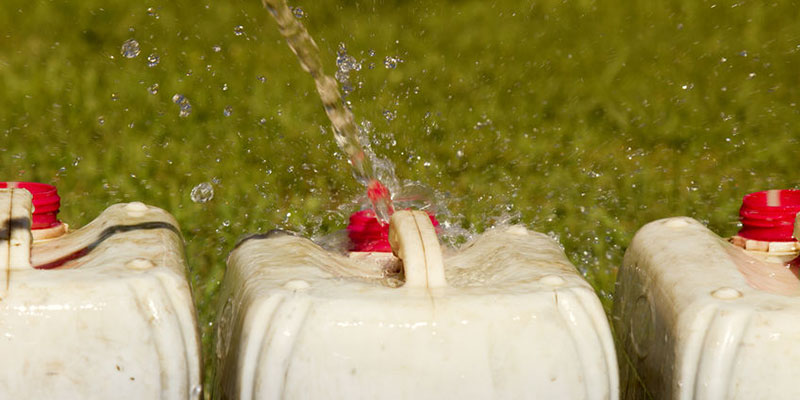 Across the globe, three in five childhood deaths are linked to bacterial diarrheal disease from tainted water.

Around the world, water contaminants are damaging human health and local economies

The World Bank, in its new report “Quality Unknown: The Invisible Water Crisis,” asserts that water contamination is already a problem. But it is one that will only worsen in the future with global warming. The report foregrounds the fact that not all dangerously contaminated bodies of water will present visible warnings, such as when the Cuyahoga River in Cleveland, Ohio, literally caught fire several times, most famously on June 22, 1969. Those incendiary incidents led to not only the creation of the United States Environmental Protection Agency, but also to the passage of the Clean Water Act of 1972.

There are thousands of organic, inorganic, radiological, and microbial contaminants of concern across the globe, but with scant data available, it currently is impossible to conduct a comprehensive survey. The World Bank, therefore, focused on a limited pool of common bellwether metrics that have been targeted by the United Nations under its sustainable development goals:

Many hidden pollutants can be devastating to human health. For instance, long-term nitrate exposure is stunting the growth of children in India, not allowing them to reach full potential and statistically lowering their adult earnings. In Bangladesh, brackish water exposure is responsible for 20% of infant mortality in Bangladesh, and there’s a widespread crisis of arsenic pollution. Across the globe, three in five childhood deaths are linked to bacterial diarrheal disease from tainted water, and hundreds of thousands of fatalities a year are caused by water pollution associated with poor sanitation.

In agricultural areas, saline intrusion in the aquifers from which farmers draw their irrigation water can to stunted harvests. It’s estimated that enough food to feed 170 million people is lost because of it.

Worldwide, 80% of all sewage is discharged without wastewater treatment, and the figure climbs to 95% in the developing world. In water-stressed India, untreated sewage and industrial waste are frequently used to irrigate crops, contaminating the food supply with bacteria and heavy metals.

Between 2002 and 2012, eutrophication from fertilizer nutrients caused 222 algal blooms that were larger than the record 2011 Lake Erie bloom. The World Bank urges careful scrutiny of fertilizer policy. In areas downriver from sources of high as oxygen demand, the report showed economic growth stunted by a third to a half.

The World Bank notes the benefits of developing the circular economy, which it defines as “the idea of reusing and recycling waste back into the economy to reduce pressures on additional resource extraction and environmental degradation.” It warned, though, that if water is reused improperly, for example, using untreated wastewater for irrigation, there’s the risk of trading food insecurity for disease.

One important technology suited for safe reuse in the developing world is Fluence’s membrane aerated biofilm reactor (MABR), which has exceeded both the stringent California Title 22 and China’s Class 1A standards, producing safe, high quality effluent for agriculture. Many areas in India are already using reverse osmosis for water reuse, but it can be energy intensive.

The major report takeaway is that the human and economic costs of polluted water can become staggering well before the problem becomes as visible as a river ablaze. Contact Fluence to learn more about our sustainable solutions to water pollution challenges.