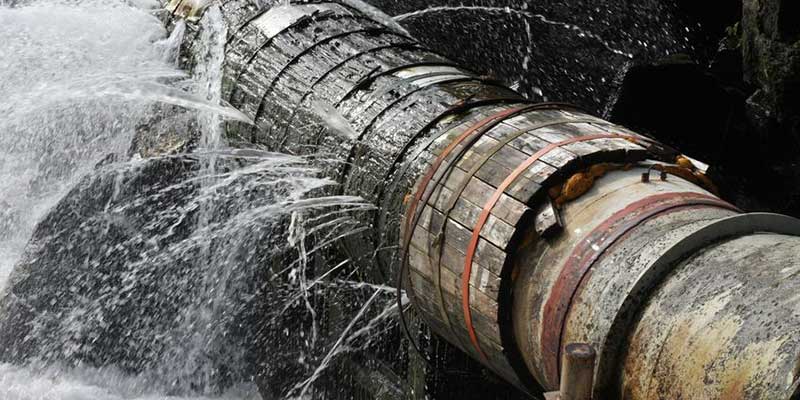 Aging water infrastructure in the U.S. is one of the factors that has led to an overall increase in water and sewage rates.

A new report shows that municipal sewage and water bills in United States households have risen by 3.6% over the previous year, bringing the mean U.S. monthly bill to $104. Over a decade, the average price has spiked 30%, and over the previous eight years, prices outpaced inflation in the 50 most populous American cities. But averages do not tell the entire story. While most of those top 50 municipalities under study experienced increased rates, prices remained flat or even decreased in a significant proportion of them.

In a striking contrast, rates in El Paso, Texas, increased 33.3% in the past year, while those in Riverside, California, declined by 22%. In an even more striking contrast, the mean consumer sewage and water bill in Memphis, Tennessee was $30.16, while in Seattle it was a whopping $226.62.

The U.S. seems to be experiencing the beginnings of a long-foreseen aging water infrastructure crisis in our million miles of water piping. As yet, there is no comprehensive financing plan for all needed water infrastructure replacement and upgrades. But crises are demanding attention immediately.

For example, its mayor recently announced that Newark, New Jersey, would replace 18,000 lead service pipes after finding that lead contamination was leading to a public health emergency, despite measures such as distribution of bottled water and water filters. Once a crisis appears, the costs of a rush fix are usually much higher. With replacement costs for pipe alone expected to climb north of $1 trillion nationally, volatility is understandable.

Climate change also is taking a toll. Hurricanes not only are becoming more numerous, but they’re more powerful, which increases treatment costs. And increasingly stubborn dry spells, such as recurring droughts in California and in the Southwest U.S. have spurred costly, large-scale political deals and infrastructure investment.

For years, water utilities have been experimenting with rate structures to deal with changes in demand that can come with conservation, regulatory enforcement, and losses from unpaid bills and non-revenue water, that is, water that leaks from piping infrastructure or that is stolen. For instance, with tiered rate structures, consumers pay more per unit of water as consumption increases. Rates can vary wildly from year to year when they become politically contentious and then are set by municipal management.

Some utilities have shifted toward fixed-rate structures to make up for revenue declines. Fixed wastewater rates have climbed by 60.9% since 2012, but variable rates have only grown by 39.1%, hitting low-volume users (frequently low-income households) the hardest.

Raising rates on low-income customers often leads to them defaulting on utility bills. Some municipal utilities have payment plans or assistance available in some form, but the entire sector now seems open to new billing structures to accommodate low-income customers so they do not have to face shut-offs. For instance, Philadelphia recently began offering a Tiered Assistance Program (TAP) that approximately 60,000 residents qualify for. The program bases bills on income, and levels them to a consistent amount each month.

As infrastructure ages, climate change progresses, and demand increases, it is likely rates will continue to grow in the future. Contact Fluence to find out how the newest technologies can help meet the challenges of a volatile future and address the infrastructure crisis before it becomes a public health crisis.