Newark Scrambles to Get Lead out of Drinking Water 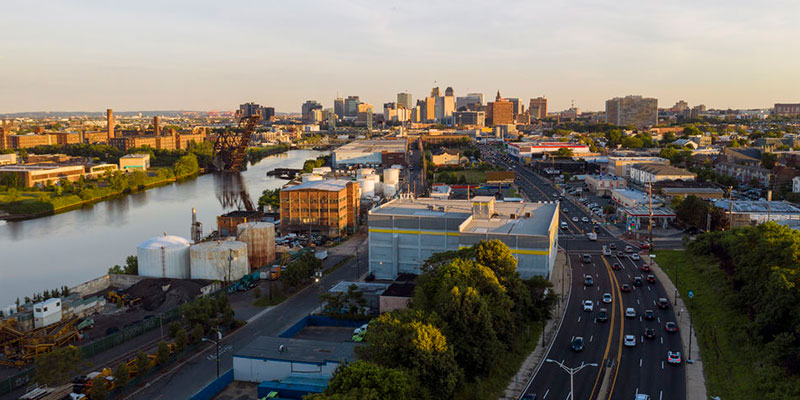 After two years of stopgap measures to provide lead-free drinking water to its residents, in August 2019, the city of Newark, New Jersey, announced a $120 million plan to renew its aging pipe network.

Aging, outmoded, sometimes-dangerous water infrastructure is a big problem for 58,000 individual municipalities in America, and, to make things more difficult, there is no centralized body in charge of the problem. In 2017, the fitness of our nation’s water infrastructure earned a D grade on the report card issued by the American Society of Civil Engineers. But replacing underground pipes is expensive, making the temptation to put off water infrastructure renewal for a few more years too attractive to resist, until something critical happens.

In June, 2017, lead levels in the drinking water in Newark, New Jersey, rose above the federal action level of 15 parts per billion, triggering legal action. About 10% of households posted twice the federal action level. By October, the city found that lead contamination was a serious public health issue and distributed 19,000 water filters, but even with the filters, levels above the limit were observed in some households in August of 2019.

The city of Newark then ordered distribution of bottled water, but it didn’t go smoothly, with residents waiting in lines for an hour in the heat to pick it up. And then a new series of tests on the city-distributed filters, the same type used in Flint, Michigan, showed they were failing to adequately remove lead. But even without considering quality, the cost of filtration generally makes pipe replacement more cost-efficient.

Within weeks, city officials announced a new $120 million expedited plan to renew Newark’s aged pipe network. With New Jersey Gov. Phil Murphy and numerous officials present, Newark Mayor Ras Baraka announced that the plan will replace 18,000 underground lead service pipes in New Jersey’s largest city over the coming 24 to 30 months, a much shorter completion timeframe than the previous estimate of 10 years. Officials assured Newark’s 285,000 residents: “We are going to do this as swiftly as humanly possible.” The replacement project will be the first of its kind on its size and scale for the state and one of the first in the United States on such a short timeline.

In general, when remedying these crises, rush projects cost more, both in financial terms and in terms of public trust. Newark will likely be a cautionary tale for municipalities all over the country. The scale of water infrastructure needs on the national level is significant.

The Environmental Protection Agency said that maintaining compliance with the Safe Drinking Water Act will cost $384 billion, and $271 billion in capital investment will be needed to maintain compliance with the Clean Water Act. The American Water Works Association estimates $1 trillion will be necessary just to replace World War II-era pipes, not even considering the cost of repairs on water treatment plants.

Although Newark’s remediation plan has not yet been implemented, it’s not too soon to take lessons from the crisis. First, stopgap solutions — such as installing individual household filtration systems — have been plagued by both high costs and quality control issues. Although initial investment can be high, replacing pipes ultimately is the least expensive and most effective solution. Finally, although a crisis may spur political will, it’s expensive to wait until a known water problem becomes a public health emergency, not only because of the cost of expedited work, but also in terms of public health and public trust.