Aging Water Infrastructure in the US 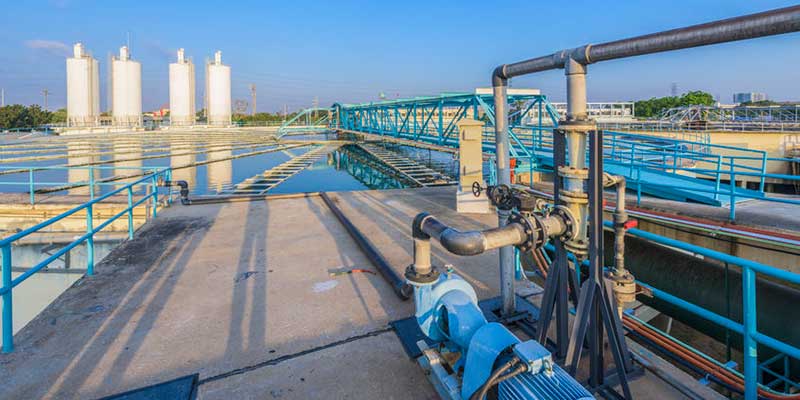 Water systems in the United States already are adapting to erratic climate conditions, skyrocketing demand, and a host of other pressures that by all indicators are continuing to increase in severity. One of the biggest challenges, though, has to do with the condition of water infrastructure in the U.S.

One tool to gauge the fitness of American water systems is the Infrastructure Report Card, issued by the American Society of Civil Engineers (ASCE). The Report Card leaves much room for improvement in areas concerning water:

What accounts for such poor marks?

One factor, of course, is that the expense of repairing aging infrastructure is causing water authorities to put off repairs. But another important factor is the fact that the U.S. has no central water authority to lead a unified effort. Although water itself recognizes no city lines, water management is handled by 58,000 separate municipalities. Industrial pollution or contaminated wastewater may flow directly downstream from one city to the next. Or a highly populated city might deplete an aquifer shared with a neighboring city.

This compartmentalization tends to limit the scale of works projects, but as climate change and other factors put increasing pressure on water systems, it’s clear new approaches are necessary.

Currently, American industry gets most of its water from municipal water systems. Water utility operation and maintenance costs have generally risen with system expansions, while spending on infrastructure has declined.

Investment has not been adequate to meet requirements. The 2015 State of the Water Industry (SOTWI) report by the American Water Works Association (AWWA) makes renewal and replacement of water infrastructure the highest of its five most important water industry issues.

Most American buried water pipelines are nearing retirement or are already too old for use. The AWWA reports that cast-iron pipes dating to the 1800s average 120 years of useful operation, pipes from the 1920s last for 100 years, and pipes from the post-WWII era are thought to last for approximately 75 years, so a great deal of subterranean pipelining will have to be decommissioned within the next quarter of a century at a replacement cost of at least $1 trillion, not including treatment plant repairs.

The U.S. Environmental Protection Agency’s 2011 Drinking Water Infrastructure Needs Survey and Assessment also laid out a daunting estimate of $384 billion in investment that will be needed over the coming two decades to keep drinking water standards in compliance under the Safe Drinking Water Act. Moreover, the EPA’s Clean Watersheds Needs Survey of 2012 projects a need of $271 billion in capital investment to attack health problems associated with water quality and guarantee that watersheds remain in compliance with the Clean Water Act.

Who Will Pay for Infrastructure?

Almost all of the funding comes from state or local government, with federal contributions at only approximately 1%. These contributions to capital spending have fluctuated widely, however, with highs nearing 40% of total capital outlay in 1977, when the Clean Water Act was phased in, and another smaller spike in 2010, corresponding with the American Recovery and Reinvestment Act of 2009.

The AWWA ranks renewal and financing for capital improvements as the second most salient issue for the water industry. Water utilities are remaining solvent, but the worry is that their current prices will not be adequate to cover renewal and replacement of so much failing infrastructure in such a short stretch of time. Almost two thirds of water utilities do not make enough to cover these looming costs. Consistently low water prices add to the funding nightmare water utilities face, even with a significant recent uptick in rates: The rise in prices was accompanied by a drop in sales.

Some argue that the solution for upgrading American infrastructure is to attract private investment capital in the form of public-private partnerships, but many investors have shied away because there is no standardized method for gauging the level of impact made by different types of investments.

Instead of using distant, centralized mega-plants, decentralized treatment relies on smaller, well-scaled plants sited as close as possible to the point of water demand or wastewater generation. This can eliminate much of the pipelining costs associated with traditional systems, the type of infrastructure that is now failing or becoming obsolete and due for replacement. Some water planners believe that that decentralized treatment is the way forward.

Although the patchwork political map of the U.S. may present challenges to ambitious public works programs not faced by massive central water authorities, the popular American preference for local control meshes well with the decentralized model. In small- and medium-sized markets, decentralized water treatment can be situated in the community it serves, allowing for far greater local involvement and control than a distant, regional plant.