What Is Activated Carbon? | Fluence

What Is Activated Carbon? 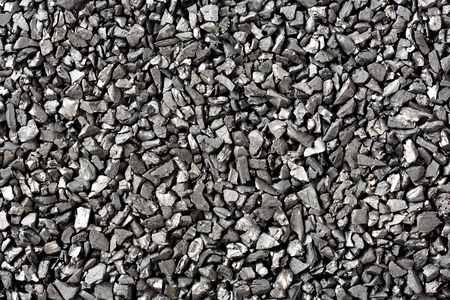 You may have heard of activated carbon, but what is it and how is it used in water and wastewater treatment? Put simply, activated carbon is charcoal that has been treated to increase its adsorptive properties.

Centuries ago, the ancient Hindus and Egyptians used carbon for drinking water filtration. Historians have been hard pressed to put a date its first use, since it also was commonly used as a medical treatment and for oil purification.

Activated carbon is made from a number of materials, including lignite and bituminous coal, as well as charred wood or coconut shells. The activation of carbon occurs at high heat, usually in the presence of steam, carbon dioxide, or air. This creates a structure that is extremely porous, giving it a very large surface area of between 500 and 1,500 square meters per gram.

Activated carbon is widely used in drinking water treatment, either in a bed or as a filter. It can remove a wide range of compounds, including chlorine and tannins. In wastewater treatment, activated carbon plays an important role in tertiary treatment processes, where it is used to remove organic and some inorganic substances. Chemicals can be added to the raw carbon, changing the material’s surface properties so it can attract different contaminants. In the United States, carbon has to meet specific standards for it to be used in drinking water applications.

There are several forms of commercially-available activated carbon for a range of uses:

Carbon filter may be used in reverse osmosis or ion exchange units to help protect the membrane or resin from chlorine damage.

Apart from filtration, activated carbon has many other applications that rely on its adsorbent properties, including purification, deodorization, decolorization, and separation. Activated carbon filters can treat a wide variety of contaminants, including inorganic compounds; heavy metals such as chromium, mercury, and lead; tannins; volatile organic compounds; and any agents that have introduced unwanted colors or flavors.

Activated carbon is used not only for drinking water and wastewater treatment, but also across a wide range of other industries and manufacturing processes involving fluids and gases, including electroplating, and the production of corn and cane sugar, beverages, and pharmaceuticals.

In 2015, estimates were roughly 90 million pounds of activated carbon were used for drinking water treatment in the United States alone, according to Joseph Cotruvo, president of the consulting firm Joseph Cotruvo and Associates, LLC, and former director of the U.S. Environmental Protection Agency Drinking Water Standards Division. Cotruvo said an additional 800 million pounds a year are used to remove mercury from flue gas in coal-fired power plants in the United States.