The Benefits of Decentralized Desalination 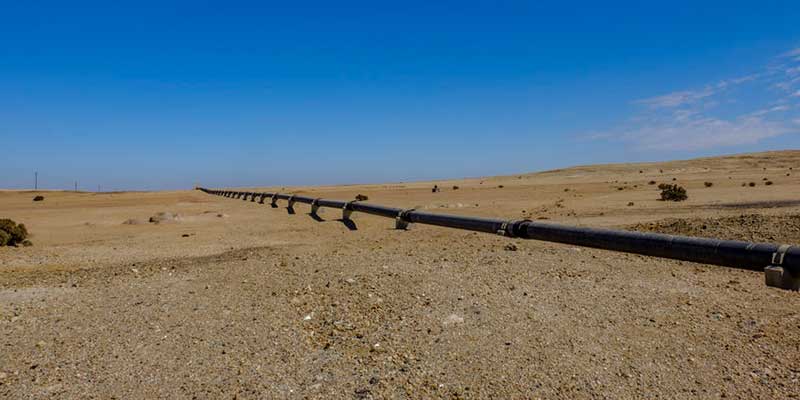 Large, traditional desalination plants may have the advantage of economy of scale, but the flexibility and efficiency of decentralized plants make them a superior option in many situations

However, financing, building, and operating these large plants frequently has come with crippling expenses for the service area. But now, advancements in technology and packaging are making small- and medium-sized decentralized desalination plants a viable solution in a wide range of situations.

These agile, energy-efficient plants — based on reverse osmosis technology — are removing obstacles that have long deterred smaller entities with fewer resources from taking control of their water futures with desalination.

[R]ural locations typically require more pipework and pumps to connect a population and are therefore more expensive on a per capita basis. Extending infrastructure out to rural communities requires a different model if it is to be cost effective.

Traditional, large-scale desalination projects must construct extensive pipe distribution networks to transport desalinated water to an entire city or region. The cost of constructing and maintaining pipe networks is generally a significant part of the expense.

For instance, the pipeline to the distribution network for Sydney Australia’s Kurnell Desalination Project is composed of 4 miles of twin steel pipes 4.6 feet (1.4 m) in diameter, as well as nearly 4 miles of 5.9-foot (1.8 m) mild steel, cement lined (MSCL) pipeline inside 6.9-foot (2 m) concrete pipes microtunneled under Kurnell and Botany Bays. The four intakes are each 17-by-28 feet (5.2-by-8.5 m), the intake tunnel is a mile and a half long, and the outfall brine diffusion system is similarly large.

This is where decentralized treatment is valuable. Decentralized small- or medium-scale desalination plants can more easily be sited directly adjacent to demand, minimizing pipeline construction.

For example, at the high-end Reserva Conchal resort in Costa Rica, a small, decentralized desalination plant — comprised of three Fluence NIROBOX™ Smart Packaged units — is tucked away just out of sight on a small patch of ground in the surrounding jungle. Fluence includes smart intake and discharge with its desalination units to minimize impact on the environment.

See the Nirobox in action in this short video:

To supply some scale, the Kurnell plant’s footprint in Australia occupies 111 acres.

At Reserva Conchal, the three Nirobox units together are only 40-by-24 feet, the smallest footprint in the industry for their capacity. The Nirobox units and additional stages at the modular plant are comfortably spaced on an approximately 200-by-200-foot lot that also accommodates an access road.

In Huntington Beach, California, the large Poseidon desalination plant has been in the works for well over a decade, and has faced much political and regulatory wrangling. In 2019 there was movement toward approval of the plant, but after a decade of planning, ground has yet to be broken. In populous areas, where a large plant’s service area crosses many jurisdictional boundaries, gaining approval can be time-consuming.

In a contrasting case study, a decentralized desalination plant featuring 10 Fluence Nirobox units solved a severe freshwater shortage on the dry southeast coast of Africa. The plant was delivered in only four months, and the 10 Nirobox units have a combined capacity of 10,000 m3/day. Decentralized plants such as this one can deliver local control and water autonomy.

Another benefit of decentralized desalination for businesses, industrial sites, and other individual entities is improved community relations. Where water is hard to source, it is often a source of contention. On-site desalination removes the burden on local freshwater resources, thereby protecting all-important local support.

Climate unpredictability is rising, so it is more important than ever to embrace strategies that allow decisionmakers to react quickly. By extension, cumbersome strategies with many moving parts carry more risk. On more than one occasion, a large desalination project has turned out to be a white elephant.

Construction of the Kurnell plant in Sydney was begun early in an unprecedented drought. Both construction and the drought continued for about a decade and were finished at about the same time. Then, the AU$2 billion plant sat idle for years more, running up high maintenance bills as well as note payments, and causing public resentment. When the drought eventually returned, it took almost a year just to start it up again.

Many decentralized plants, especially those with modular designs, require only a few short months to order and commission. If increased capacity is needed, modular design allows unprecedented scalability with the addition of more self-contained units. Smart Packaged units also can be moved or sold as conditions change. In this way, decentralized desalination radically mitigates risk.

Another type of modular design also allows efficient adaptation of decentralized desalination to any particular source water or target quality. Fluence’s NIROFLEX system uses pre-engineered blocks that work together. Reverse osmosis desalination blocks can be combined with Niroflex ultrafiltration and microfiltration pretreatment blocks, and can be configured with options including:

The scalability and flexibility of modular systems allow a high degree of fine-tuning to any given source water without the headache of designing and building an ad hoc solution from the ground up.

A desalination plant the size of Kurnell or Poseidon typically requires an on-site staff, but Fluence Nirobox plants like the one at Reserva Conchal can be monitored and operated remotely by smart phone or tablet, reducing staffing needs.