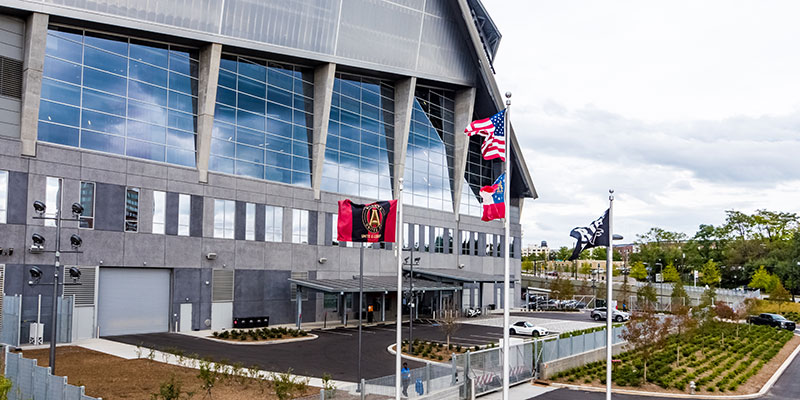 The Mercedes-Benz Stadium in Atlanta has received accolades for its sustainability projects, including collection and recycling of stormwater for irrigation and make-up water in the venue’s cooling tower.

In a move to increase sustainability, more and more major stadiums in the United States are investing in stormwater management infrastructure, including elements like grass buffer zones that use natural processes to treat stormwater. Some of these innovative systems have been praised for their aesthetic qualities as well as their environmental benefits.

1. Mercedes Benz Stadium (Home of the Atlanta Falcons and Atlanta United)
In 2017, Mercedes-Benz Stadium became the first-ever U.S. professional sports stadium to achieve a Platinum rating in the U.S. Green Building Council (USGBC) Leadership in Energy and Environmental Design (LEED) program. Its stormwater management relies on bioswales (engineered channels that use media and plant life to help clean water) and a 680,000-gallon (2.5 million L) cistern. Captured stormwater is reused on-site for irrigation and make-up water in the venue’s cooling tower.

2. Camden Yards (Home of the Baltimore Orioles and Ravens) 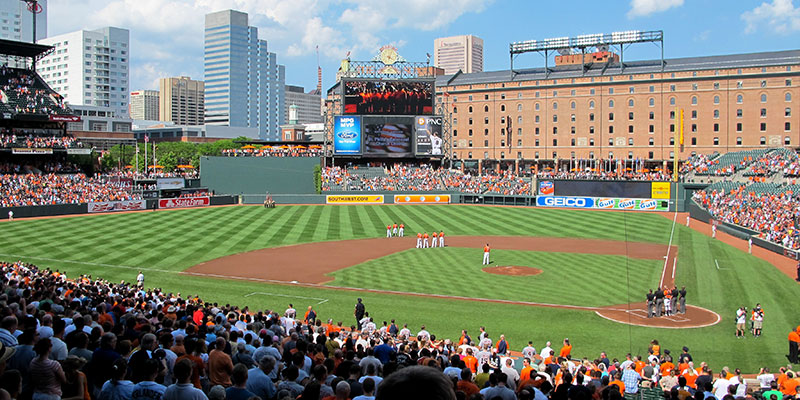 Baltimore’s Camden Yards includes two stadiums connected by a wide “pedestrian spine,” a walkway surrounded by vast parking lots that fill with tailgaters on game days. New stormwater infrastructure around the spine starts with a natural buffer of trees and gardens. Below ground, five biofiltration units fed by large runoff drains around the walkway have enough capacity to treat parking lot runoff, which is laden with motor oil, heavy metals, and other contaminants. 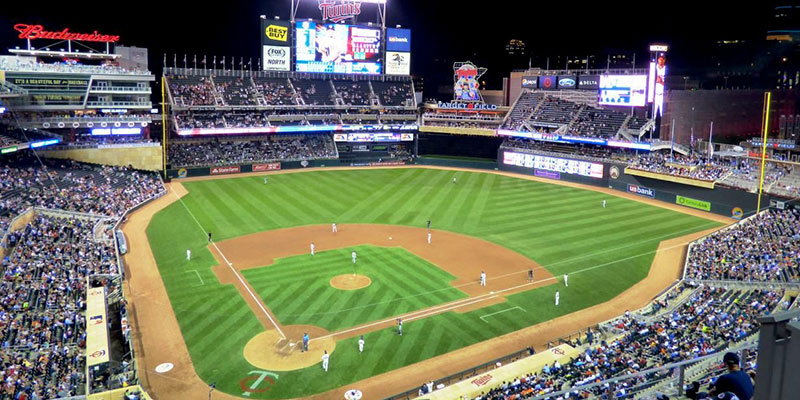 Target Field has twice received Silver certification from the USGBC LEED program, and also has been honored by the USGBC as the “Greenest Ballpark in America,” with a stormwater recycling system and a Living Wall to enhance air quality. The wall, which consists of 5,700 juniper plants over 2,280 square feet (212 m2), irrigates itself with water from the stadium’s extensive stormwater recycling system, which treats grandstand and field runoff with traditional filtration and disinfection stages. Effluent from the system is also used to irrigate the field and wash the seating areas. 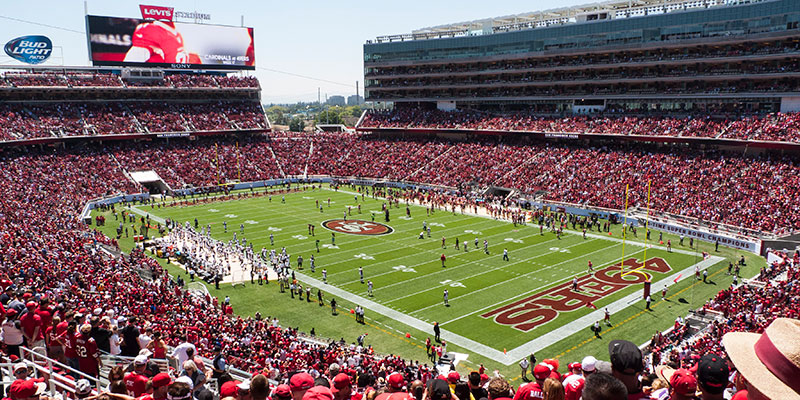 Levi’s Stadium‘s stormwater management starts with a 27,000-square-foot (2,500 m2) green roof and ends with a huge, subterranean biofiltration system that recycles water and nutrients in the venue’s runoff for irrigation. The total cost of venue construction was $1.27 billion, making it the most expensive project of its time. It has earned the LEED Gold Certificate for its focus on sustainability at every step of design and construction. 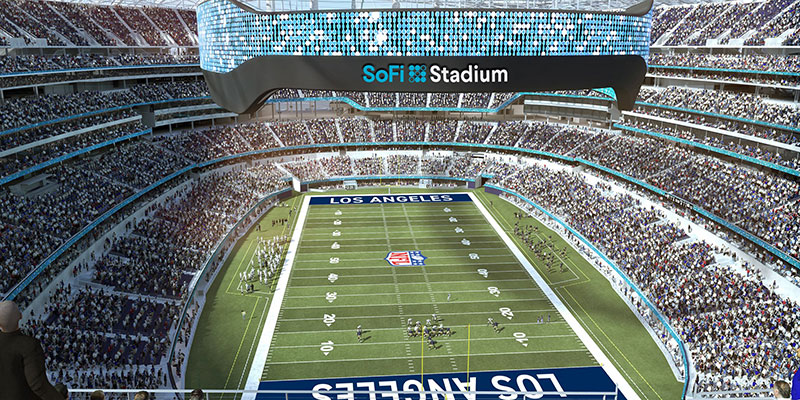 Designing and constructing elaborate, architecturally significant systems can be costly. But decentralized treatment with modular, small-footprint treatment units can be used to create or augment stadium stormwater systems, especially in cases where space is limited. Because of their size, they can be easily concealed for aesthetic considerations.

Fluence Aspiral™ units are quick to set up, easy to maintain, and operate automatically, so you can get the benefits of excellent water treatment without the headache. A single Aspiral™ unit can treat up to 300 cubic meters of wastewater per day, allowing a sports venue to meet stormwater discharge and reuse standards.