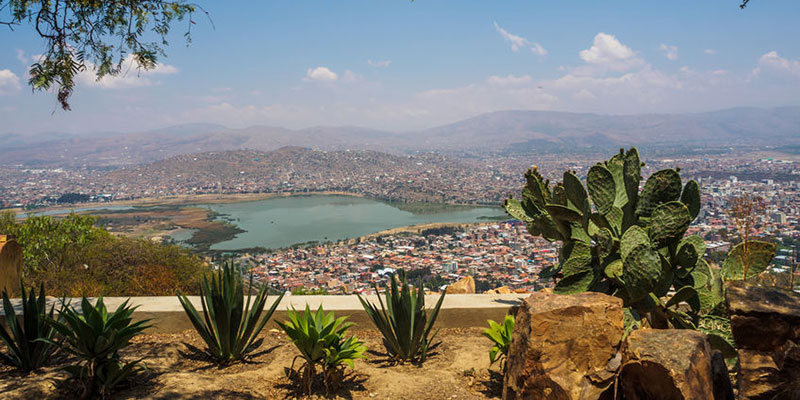 The Bolivian city of Cochabamba is one of 15 cities found by the study to have limited access to reliable, safe, affordable water.

The price of providing access, although steep, is still lower than cost of water scarcity

In 2015, UNICEF and the World Health Organization (WHO) jointly announced that more than 90% of the global population had access to improved drinking water. But a new study suggests the estimate was overly rosy and particularly inaccurate for urban areas of the Global South, a term used by the World Bank to refer to countries located in Asia, Africa, Latin America, and the Caribbean and considered to have low and middle income compared to the Global North. The name applies to some countries located north of the equator.

One source of confusion is the term “improved,” which is ambiguous and can refer to a wide diversity of water sources such as public taps, boreholes, and wells. Moreover, even “access” is an ambiguous term. It could mean intermittent service, and, apart from dependability, could also be associated with contamination.

In cities of Sub-Saharan Africa, only 22% of households are connected to piped water. And in Karachi, Pakistan, 15 million residents only have intermittent piped water for an average of three hours three days per week. Residents with no access to piped water must find alternative sources, often relying on water vendors who charge more than 50 times the price of water from a public water system, draining up to 25% of family income. The report said:

Insufficient attention has been paid to the high price of water when considering the cost of securing minimum quantities and comparing these costs to wages.

Study co-author Victoria A. Beard, a fellow at WRI Ross Center for Sustainable Cities and a Cornell University professor, called attention to the fact that the same countries that have made stellar advances in universal childhood education have often neglected to provide safe, reliable drinking water for the children’s households. She said:

Equitable access to water requires similar levels of political commitment […] the solutions are not high tech. We know what needs to be done.

The WHO estimates that providing universal access to drinking water would come with a price tag of $141 billion spread over half a decade. But what is the cost of inaction? The global costs of water scarcity, dangerous water, and inadequate sanitation are much more expensive, estimated $1.3 trillion over the same timeframe. The cost in suffering and lost human potential is incalculable.

The study contends that the history of efforts to widen private sector involvement has not adequately increased access to safe, reliable, affordable water for those with limited means in the cities of the Global South and recommends that cities and water utilities form partnerships to achieve the goal.