What Is Groundwater Banking? 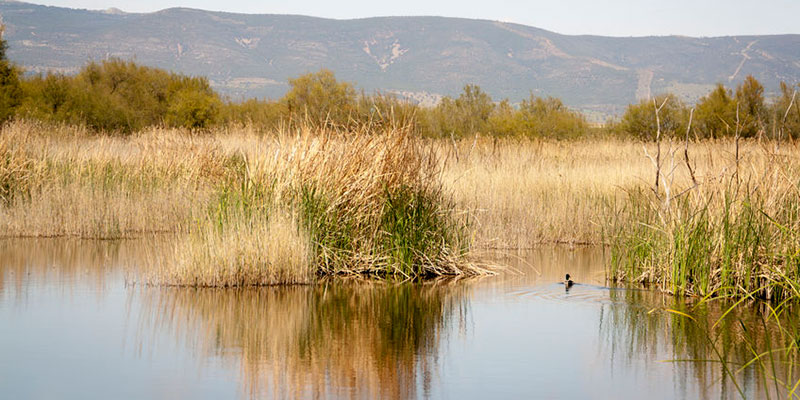 In natural recharge, surface water percolates through the ground into aquifers.

As the world’s water becomes more and more scarce due to climate change, groundwater banking is gaining interest, but what exactly is it? It’s a system used in water management to maintain year-to-year water supply stability and volume by depositing water in aquifers during wet years and withdrawing it during dry years. It’s a type of managed aquifer recharge (MAR).

In general, it differs from conjunctive use and other MAR categories in that individual users who deposit specific, measured volumes of water into the aquifer are entitled to later withdraw that same volume. The water may even be imported from a nonlocal source. In this way, it presents the opportunity for entities not located above the aquifer to use it for storage and withdrawal.

Benefits and Drawbacks of Groundwater Banking

The practice of groundwater banking is generally considered less harmful to the environment and less expensive than building, maintaining, and ultimately removing dams. It allows users to manage the increasingly common and extreme weather events we now see with the onset of climate change. Floodwater can be sequestered before it rushes downriver to the sea or evaporates.

This type of project, however, requires extensive distribution networks, as well as percolation areas. These so-called water parking lots can also require specific types of land and porous soil composition.

Some of the parameters include:

Some projects need injection wells, and annual OPEX can be higher than for surface storage, especially considering the cost of withdrawal by pumping. There are also regulatory issues concerning ownership of water, volume, location, and timing of withdrawals. A groundwater bank can even become insolvent when the water credits held total more than the available water.

Direct recharge groundwater banking can be natural or artificial. Natural recharge refers to the natural process of percolation, during which precipitation and excess irrigation water seep through the ground into the aquifer below. Artificial recharge augments this natural process by diverting surface water with infrastructure like dams and dikes to percolation areas where it can readily enter the groundwater, or by pumping it directly into aquifers with injection wells.

Groundwater Banking in Use

Groundwater banking is now pursued widely in California’s Central Valley, where many of these conditions are met and where aridification, high agricultural demand, and low water supply drive aggressive expansion of such systems. Stormwater and surface water aren’t the only sources for aquifer recharge. Recycled wastewater also can be treated to replenish groundwater supplies.

Fluence’s membrane aerated biofilm reactor (MABR) technology has also now been approved under California’s Title 22 regulatory framework for treatment and agricultural reuse of even nontraditional water sources like metropolitan wastewater. With tertiary disinfection, the water is suitable for aquifer recharge.

Contact Fluence to learn more about our sustainable solutions for preserving water supplies.