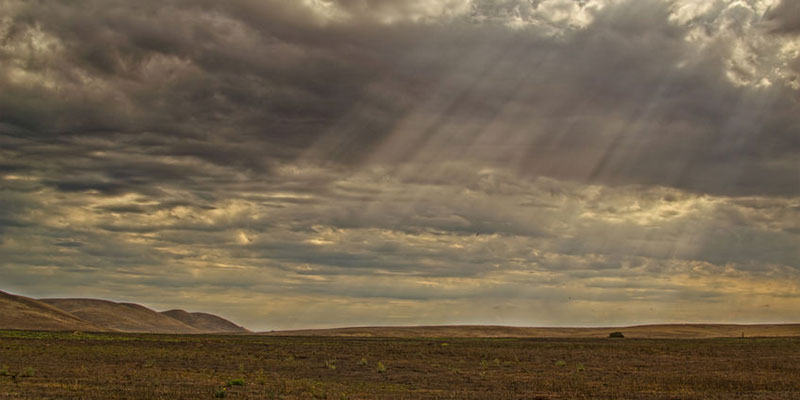 Over the years, California farmers have pumped 120 million acre-feet of water from under the Central Valley alone.

“The effects of climate change are necessitating wholesale changes in how water is managed in California,” announced the state’s Department of Water Resources in June 2018. The long-term forecast calls for more frequent drought years, but also for years that dump more precipitation on the state than the infrastructure can store.

California’s $50 billion agriculture industry has been depleting groundwater from aquifers for a century. Farmers have pumped 120 million acre-feet of water from under the Central Valley alone. Once depleted, aquifers begin to collapse, and when the ground above them sinks, aquifer capacity is diminished. Near coastlines, depleted freshwater aquifers invite saline water to intrude.

According to the Sustainable Groundwater Management Act (SGMA) that was passed five years ago, agencies managing critically depleted aquifers must submit sustainability plans in 2020. If they cannot source enough water, they must begin to take cropland out of use. As much as half a million acres of prime agricultural land could be idled.

The challenge for California is “to capture the atmospheric rivers,” as Tim Quinn, former director of the Association of California Water Agencies, put it. It could solve California’s problems if it could store as much water as possible during unusually wet years, when torrential rains from Pacific storms dump water on the state.

A New Look at Water Storage

How can the atmospheric rivers be captured? In the past, the go-to solution for water storage was dam and reservoir construction, but dams can come with high construction costs, serious problems for ecosystems, and crippling removal costs when they become hazardous.

“There is a much greater interest in recharge than there was pre-SGMA,” said Quinn, who would like to create what he calls water “parking lots” that would be located to allow stormwater to percolate into the ground to recharge the aquifers, which essentially are ready-made natural water-storage infrastructure. The practice already is being aggressively pursued to the south of the state.

Although California is flush with aquifers to recharge, it needs conveyance infrastructure to move the water where it’s needed. California’s farmers are now using grants to build pipelines, canals, and dedicated recharge spots to divert water to aquifers. They then flood-irrigate their orchards and vineyards to let the water percolate down.

In return for absorbing more water to prevent downstream flooding and to recharge aquifers during times of heavy rainfall, water agencies sometimes reward farmers with cheaper water during droughts. Kamyar Guivetchi of the Department of Water Resources noted, “It’s not about big infrastructure; it’s about big collaboration,” among public, private, and nonprofit entities.

Aquifer recharge could make up for a quarter of the annual groundwater deficit, but there are physical barriers to building the pipelines and canals needed to convey these atmospheric rivers to thirsty aquifers. And then there is the question of who has the rights to the recharged water, the irrigation district or the farmer? Under the SGMA, the decisions will be made by individual agencies. Some districts favor public, some private, and one county’s district has established a “water bank” system. Other novel ideas include releasing water from reservoirs in anticipation of oncoming storms.

Whatever the methods adopted, 70-year-old farmer Don Cameron summed up the subject:

There’s no future without recharge. I don’t think there’s a farmer around here that doesn’t realize that.