The Potential of Water Reuse in Agriculture 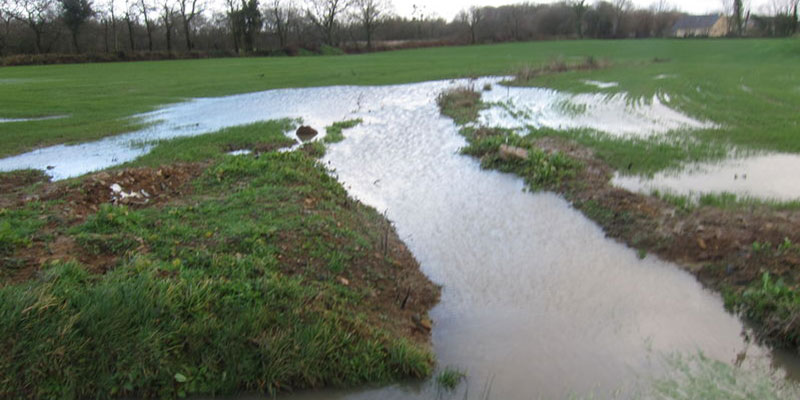 Runoff from excessive water on agricultural fields can contaminate surface water and groundwater with excessive nutrients, salts, pesticides, herbicides, and other chemicals.

Treating wastewater for reuse can turn it into a valuable asset

Farming uses a huge amount of water — 70% of fresh water worldwide is used in agriculture, and groundwater in subterranean aquifers is being depleted far faster than natural processes can replenish it. The situation on the surface is no better.

In an age of frequent droughts and growing populations, surface water is increasingly unable to meet demand. But modern technology holds the potential to give farmers, in effect, new rivers through water reuse (recycling).

Water reused in agriculture is considered nonconventional water (NCW), which is simply water not sourced from natural freshwater sources. Its quality ranges from raw sewage to high-quality effluent from quaternary treatment, and from slightly brackish to highly saline. In many parts of the world, wastewater and other types of NCW are used untreated, although in such cases they are generally diluted with traditionally sourced water to reach an appropriate quality.

The Food and Agriculture Organization of the United Nations (FAO) now asserts that wastewater should no longer be treated as waste, but should be properly managed to safely grow crops.

In 2013, the U.N. stated that reportedly 20 million hectares of cropland were irrigated with wastewater, and the unreported total is assumed to be much higher, particularly in the developing world.

The benefits are many. Reuse of wastewater provides water and nutrients for crops, securing food supplies for cities and lowering reliance on freshwater resources. But in the absence of safe practices, it can also threaten human health and contaminate the environment.

The challenge for water reuse in agriculture, therefore, is to maintain a healthful quality and to preserve the environment in both the short term and the long. Water reuse’s viability in agriculture depends on many variables, such as the costs of treatment, pumping, and distribution, along with local demand for other uses like irrigation of landscaping.

NCW is often wastewater from domestic, municipal, and industrial sources, so its reuse has been especially cost-effective in periurban areas. Metropolitan areas and towns create rivers of wastewater that contain fertilizing nutrients beneficial to agriculture.

The activated sludge process traditionally has been used to treat municipal wastewater, but the aeration stage of the process is energy intensive. Recently, however, Fluence’s spirally wound membrane aerated biofilm reactor (MABR) modules have proven much more energy-efficient due to their use of passive aeration. Testing at Stanford University has shown the Fluence modules’ compliance with to California’s tight Title 22 standards for agricultural reuse, and they comply with China’s PRC Class 1A standards.

Other types of wastewater associated with agriculture include runoff from fields after irrigation (also known as tailwater), as well as wastewater from plants that process agricultural products.

Agricultural runoff should not be allowed to contaminate groundwater because it contains excessive salts, nutrients, pesticides, herbicides, and other chemicals. Runoff is typically stored for reuse in ponds lined with clay or liner membranes.

Agricultural product processing plants generate a wastewater stream that is high in organic matter and has high biological oxygen demand (BOD), which makes it expensive to treat. However, waste from such plants typically needs no treatment for reuse in crop irrigation, which compounds the benefits of reuse.

As populations grow and climate change progresses, the job of sourcing safe, fresh water for agricultural irrigation will become more difficult, especially without technological intervention. Contact Fluence to discover how you can turn wastewater into a valuable asset.