Brackish Water as a Resource 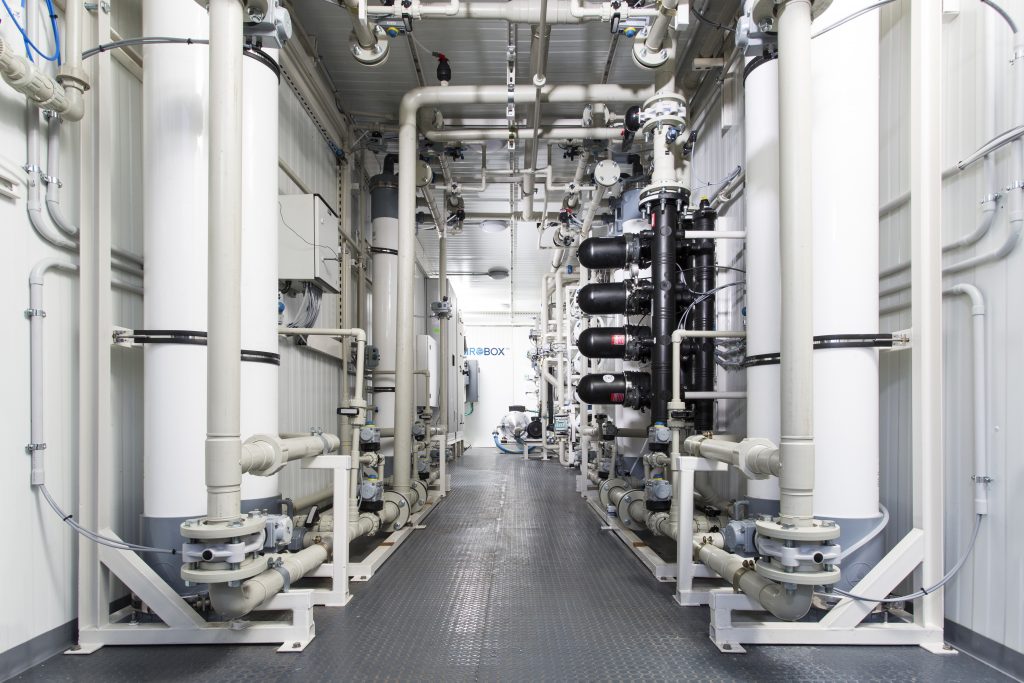 Brackish water, which is less salty than seawater, requires less treatment to be used as drinking water

Brackish water is water with salinity levels between seawater and freshwater. It occurs where surface or groundwater mixes with seawater, in deep “fossil aquifers,” and where salt dissolves from mineral deposits over time as precipitation percolates down into aquifers. Historically, brackish water has been undervalued. While it may be used for irrigation in some parts of the world, most industries can’t use it because it damages equipment, and it’s not fit for consumption by humans or livestock.

But as the cost of desalination has decreased and freshwater resources have become radically depleted, many decision-makers are giving the desalination of brackish water a second look. Brackish water is, after all, significantly easier to desalinate than seawater.

Salinity is the level of salt in water, and it is determined by measuring the total dissolved solids (TDS) through evaporation and weighing or with a more convenient but less accurate electrical conductivity (EC) test, which measures how easily electric current passes through the through the water.

What Is Brackish Water?

The U.S. Geological Survey (USGS), however, defines water salinity without a specific designation for brackish water:

Texas state officials have struggled to define “brackish” to better conserve the state’s 880 trillion gallons of primarily brackish groundwater. Some argue it should be defined as water with TDS between 1,000 and 10,000 mg/L. The Texas Tribune explained:

Hundreds of trillions of gallons of brackish water are estimated to lie underneath Texas. […] There are just a few problems with the water: It has too much salt and other dissolved solids to be fit to drink, treating it carries a significant expense, and regulating its withdrawal — like with all Texas groundwater — has already proved to be tricky.

Whatever the definition, there is a great amount of salty water worldwide that cannot be used without desalination.

According to the USGS, very salty groundwater abounds in the western United States, perhaps leftover from ancient seas or from contact with soluble minerals in the ground. In New Mexico, about three-quarters of all groundwater is too salty to be used for most purposes without treatment.

Research has shown that much more groundwater is brackish than previously believed. In 2018, Ferguson et al reported that transitions in aquifers — from the higher freshwater zones to the lower, more saline zones — are much closer to the surface than surmised. That means deeper drilling is not the option that many have counted on.

The discovery of an expansive, 15,000-square-mile brackish aquifer under the seabed stretching from just off Ocean County, New Jersey, to Martha’s Vineyard, Massachusetts, the largest known of its kind, may predict that other such offshore aquifers may be plentiful throughout the world. Although the situation in the Northeastern U.S. does not favor brackish desalination at this time, such an aquifer could be a viable resource in an area facing water stress.

Because freshwater municipal drinking and agricultural irrigation water wells often draw from groundwater supplies, contamination by saline water poses a global threat, particularly near coastlines, where nearby seawater is drawn in to fill the void.

Roughly half of the world’s population lives within 200 km of a coastline. Areas in the U.S. already experiencing saltwater intrusion include coastal California, New Jersey, Florida, and New York. Globally it is happening in cities along the Laizhou Gulf in China; in Manila, Philippines; and Perth, Australia. In the Maldives, the island of Thoddoo is using a combination of rainwater harvesting and desalination to protect its aquifers from overexploitation.

The Maldives case provides a good example of a populated island in need of public potable water supplies. Often the available feed water in island communities is both saline and brackish, depending on the source. Well water, for example, is frequently brackish.

Another example can be found on the island nation of Cyprus, where groundwater supplies for the city of Limassol were too brackish for drinking, and had high nitrate levels. In Garillis, Fluence constructed a desalination plant for Cyprus Water Development using brackish water reverse osmosis (RO) to produce 10 million L/d of high-quality drinking water.

In Queensland, Australia, water drawn from a borehole in the township of Oakey was too saline for human use, which limited growth especially when a severe, multi-year drought arrived. Fluence built a reverse osmosis desalination custom built for brackish water. Incoming brackish water passes through media and RO membranes, remineralizes it to make it palatable, and puts it through a final disinfection stage for safety. The plant produces 2,500 m³/d with an 85-90% recovery rate. The brine is used at a nearby coal mine for dust reduction, coal washing, and other processes. Fluence also provides on-demand support for the plant by monitoring the control system remotely.

Desalinated brackish water is not only used for drinking water. Salty water pumped from underground sources is being used for cooling by power generators in the U.S. In 2005, more than 95% of the saline water drawn from groundwater storage was used by the thermoelectric-power industry. The remaining 5% was used in mining and other industries.

An oilfield in the central Colombian municipality of Puerto Gaitán is a prime example of the use of brackish water reverse osmosis in the petrochemical industry. Feed water from the field is brackish and also typically contains residual oils, hydrocarbons, solids, and other contaminants. All of these impurities must be removed before any desalination process can take place. This facility uses three stages of reverse osmosis. Treated water is reused for irrigation, with about 10% reinjected into the aquifer.

Advanced treatment technologies are needed for purifying brackish groundwater for industrial use. Among the technologies applied to this type of source water are RO and ultrafiltration, as well as other membrane-based technologies.

Because brackish water can be treated to provide a source of reliable drinking water, more companies and communities are investigating brackish water desalination as a practical means to avert water scarcity.

And Smart Packaged desalination solutions like Fluence’s NIROBOX™ allow for energy-efficient treatment without a large capital investment in infrastructure. Nirobox units are manufactured in standard-sized shipping containers that serve as the permanent housing for the desalination processes and make shipping and installation worldwide as efficient as possible. The units feature low energy and maintenance requirements, along with remote monitoring that make them ideal for operation in remote regions.

Fluence’s NIROFLEX pre-engineered building blocks are another option for quickly establishing or upgrading brackish water desalination plants that can be custom-tailored to match any source water.

Could brackish water desalination be the solution to your water needs? Contact Fluence to discuss your challenges our experts.