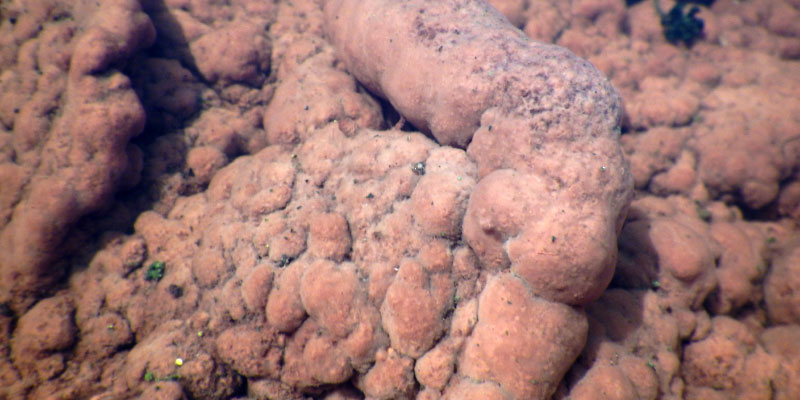 Biofilms can pose problems in many industries, but scientists hope that a treatment inspired by nature can prevent them from forming without damaging the environment.

In many industries where equipment comes in contact with water, including those that rely on water treatment membranes, equipment fouling is a huge problem. Biofilm fouling occurs when living organisms — including bacteria, algae, and even mollusks — become attached to boat hulls, harbor structures, and other equipment. The resulting damage can be costly.

Coatings and other chemical approaches to stopping the growth can harm the environment, and the creatures being blocked can eventually develop a resistance to biocides. But, scientists at Johannes Gutenberg University Mainz have reported success in preventing biofilms from forming in the first place.

The research team from the university noted:

Biofilms are around virtually everywhere. They are present in drinking water pipes and clarification plants, in ground water, water filtration and cooling systems, on practically all surfaces such as food packaging, door handles, push buttons, keyboards, and other elements made of plastic. […] The main problem in connection with combating these using biocides and antibiotics is the risk of the development of resistance. This drawback could be effectively circumvented in an ecologically acceptable manner by applying surface coatings of cerium dioxide particles.

In marine settings, copper-based (cuprite) coatings are often used to block the formation of biofilms, but these toxic compounds can accumulate in organisms and in the environment. Nations including Canada and Denmark have strict limits on the use of copper-based anti-fouling coatings.

Wolfgang Tremel and his team were inspired by algae’s natural chemical defense mechanisms when they were developing their protective coatings. Algae use halogenated secondary metabolites to protect against both microorganisms and predators. These compounds prevent bacterial biofilms, other algae, and barnacles from attaching to and growing on larger formations of algae, sponges, and other sea creatures.

A red seaweed known as Delisea pulchra uses this type of compound to stop bacterial fouling through an approach that isn’t toxic or growth retarding. These halogenated compounds block quorum sensing, a system used by the bacteria to communicate via “messenger substances.” This prevents biofilms from forming.

Field tests to date have demonstrated that cerium dioxide works and is considered ecologically acceptable. It also is effective in lower quantities than copper-based compounds.

Cerium dioxide (CeO2) is an oxide of the rare earth element cerium. It occurs as a byproduct of rare earth metal extraction. It is not scarce and its cost is similar to cuprite’s. It’s used in the automotive industry in catalytic converters, and in the production of products such as semiconductors and mantles for gas lanterns.

Karoline Herget, who wrote her doctoral thesis on the project and was first author on the work, says cerium dioxide is a practical and cost-effective alternative to conventional biocides:

[Cerium dioxide] is non-toxic and chemically extremely stable. […] What we have here is an environmentally compatible component of a new generation of anti-fouling coatings that simulate the natural defense systems employed by marine organisms. What is important is that it is effective not only under laboratory conditions but also when actually used in the aquatic environment,

When testing the material, the researchers found that steel panels coated with cerium oxide can be exposed to seawater for weeks without any bacteria, algae, barnacles, or other mollusks appearing on them, while the same panels treated with conventional water-based coatings developed “massive fouling.”

Membrane materials are of interest to materials researchers worldwide. Although water treatment membranes are now made from substances including ceramics and polymers, scientists have been researching other possibilities, including the nanomaterials graphene and carbon nanotubes.

Biofouling is one of the challenges they are attempting to address. The effectiveness of membrane treatment often depends on the condition of the membrane. For example, for reverse osmosis technologies to operate efficiently, membranes must be impeccably maintained. Biofouling can reduce the efficacy of treatment while increasing energy consumption.

So, researchers have been investigating how to engineer membranes to resist fouling through specialized coatings or other treatments, such as changing the charge of the membrane material. By reducing the consumption of both energy and treatment chemicals, this research has the potential to make water treatment more sustainable.

The researchers expect the coating to be used for boat and exterior coatings, roof coverings, outdoor textiles, polymer desalination membranes, and many plastic components.

Image by Lamiot, used under a Creative Commons license.