Green Energy and Decentralized Water Treatment for the Caribbean 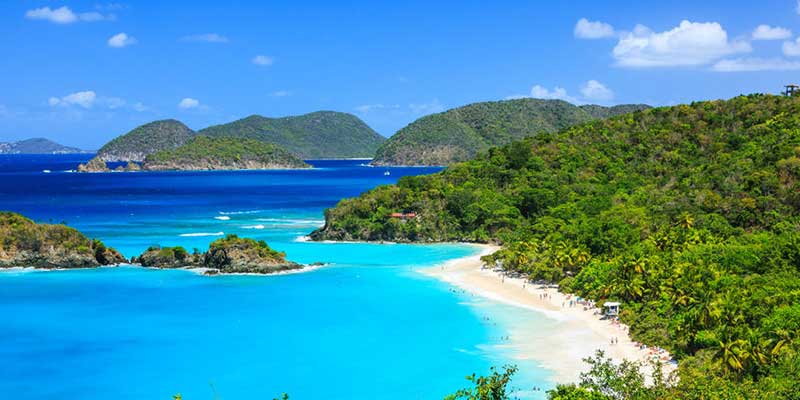 The hilly terrain of many Caribbean islands makes decentralized water and wastewater treatment a natural fit.

Distributed treatment, which limits the need for fossil fuels and extensive infrastructure, could be a perfect fit for the islands’ needs

Among water treatment industry professionals, consensus is growing that small- to medium-scale decentralized desalination and wastewater treatment plants are the way forward in a water-stressed future. But, governments continue to announce new water mega-infrastructure projects at an alarming rate. Because the public policy debate appears to have simply not caught up with current technology, many companies and NGOs with a focus on small- to medium-scale water treatment or renewable energy have begun to see the Caribbean as something of a new frontier.

Likewise, many in the Caribbean are awakening to the new reality that modes of renewable energy that didn’t seem attractive in an era of energy-thirsty technology have suddenly become viable with the arrival of new technologies that can deliver much more work on a limited electricity budget.

Most electricity in the Caribbean is generated with fossil fuels, and the islands are used to paying approximately three to four times the cost on the mainland United States, an expense that amounts to nearly 10% of GDP for many islands. But, the Caribbean is generally rich in free renewable energy sources like solar, wind, geothermal, wave power, and even a few potential hydroelectric sites that are going virtually unexploited.

Dominica, St. Kitts-Nevis, Guadeloupe, Martinique, Montserrat, St. Lucia, and St. Vincent are also rich in geothermal power, with projects already under development to tap them. Hydro power is an option for Jamaica, Haiti, and the Dominican Republic.

Capital outlay for green energy systems is generally higher, so efficiency must be kept in mind, not only in electricity generation, but also for the technology using the electricity, such as decentralized or off-grid water treatment systems.

Fortunately, a new generation of highly energy-efficient desalination and wastewater treatment technologies makes the most of available wattage. Membrane aerated biofilm reactor (MABR) technology, for example, has slashed energy requirements of aeration — the most energy-intensive phase of wastewater treatment — by 90%, leading to a much lower total energy requirement.

Smaller-scale treatment plants, even completely off-grid ones, save significantly on burdensome, extensive pipelining especially when communities are small, widely dispersed, and in hilly and wooded terrain, like many islands in the Caribbean. New-generation treatment allows small communities to maintain high water quality standards while running on green, off-grid systems.

With climate change progressing, the hurricane resilience of off-grid systems should be noted. Recently, a Fluence MABR facility on St. Thomas survived a Category 5 hurricane and was up and running on a generator only two hours after the storm had passed, while most of the island’s infrastructure remained down for months.

With many Caribbean islands still rebuilding from the ground up after the hurricanes of 2017, the region could well be the ideal proving ground for this type of resilient, decentralized solution.