Bringing Water Treatment to the Caribbean 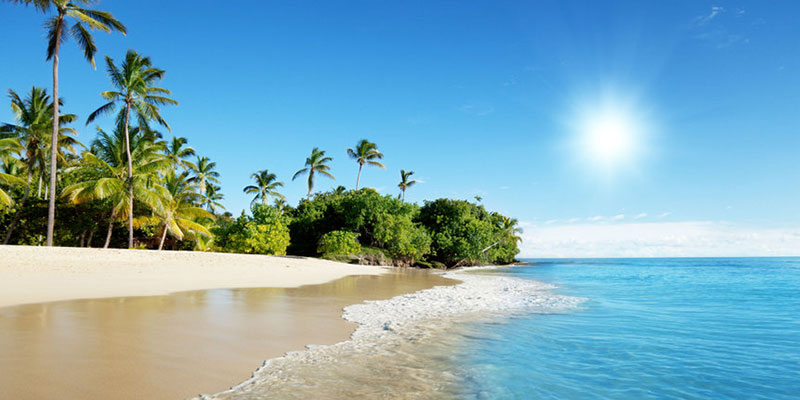 Clean water is necessary in the Caribbean, both for residents’ use and to sustain the important tourism industry.

In 2015, the United Nations proposed a set of 17 Sustainable Development Goals (SDGs) as “a blueprint to achieve a better and more sustainable future for all,” with the intention of meeting them by 2030. While there has been some progress, it hasn’t been consistent.

Drought is common in the Caribbean, harming agriculture while populations increase. Half of islands are forced to import more than 80% of their food. Thiaw, leader of the U.N. Convention to Combat Desertification (UNCCD), summed it up: “What is left for the young girl or young gentleman of Haiti if … they have barren hills that cannot generate food anymore?”

The Shortfall Doesn’t Only Affect Residents

Tourism accounts for more than 30% of total trade in most SIDS and more than 50% in some. Despite drought conditions and even water scarcity in many areas, guests often use a great deal of water. Without a steady supply of fresh water, there is little opportunity for tourism growth.

Resorts and hotels in the region also frequently have problems treating and discharging their wastewater without damaging the pristine beaches and ecosystems that draw tourists. For example, on the island of Boracay in the Philippines, dumping of hotel wastewater prompted a complete shutdown of tourism for a six-month cleanup. It’s a cautionary tale for the Caribbean, which as of 2016 was still dumping 85% of its wastewater untreated into its most valuable tourist attraction.

In arid seaside climates, desalination and water reuse can be important solutions.

Seawater desalination removes the limits on freshwater supplies. In one case, a resort on North Bimini in the Bahamas replaced its old desalination plant with a Fluence NIROBOX™ plant that supplies 800,000 GPD (3 million L/d) of fresh water, enough to supply the resort and supplement municipal supplies.

Water reuse is also an excellent solution. After all, water is too valuable a resource to use only once. Aspiral™ MABR-based treatment can turn domestic wastewater streams into lifelines for island agriculture or resort landscaping. Aspiral™ meets the toughest standards in the world, including California’s Title 22 and China’s Class 1A standards for nonpotable reuse applications including landscape and agricultural irrigation.

But how can Caribbean SIDS, municipalities, and businesses get the water infrastructure they need without investment capital?

IDB Invest, a private-sector arm of the IDB, has proposed public-private partnerships (PPPs) as a way forward. While there is some general ambivalence regarding privatization in the region, IDB Invest sees:

[…] a need to structure more PPP projects in the region to generate a more important portfolio of projects and generate efficiencies, synergies, and more investment […]

PPP contract models, including Build-Operate-Transfer (BOT) and Build-Own-Operate (BOO), offer water infrastructure with no up-front investment while stopping short of privatization. They also offer continuing expert operation and maintenance, essentially as a water concession, eliminating the need to train a specialized, permanent workforce.

In a BOO project, a concessioner builds, owns, and operates the treatment infrastructure on their budget. The client, whether state, municipal, or private, only pays for the clean water at a pre-set rate.

For organizations concerned about the upfront costs or maintenance, Fluence offers Water Management Services using the Build-Own-Operate model. With Water Management Services, Fluence finances the build, maintenance, and operation of the plant and the customer simply pays for the clean water. Fluence also offers a “buy-back program” in which Fluence purchases an existing plant, repairs, and manages it, while the customer pays for clean water.

Caribbean economies need high-quality water treatment to support their growth. Contact Fluence to learn more about how we can help bring water infrastructure where it’s needed without upfront investment.