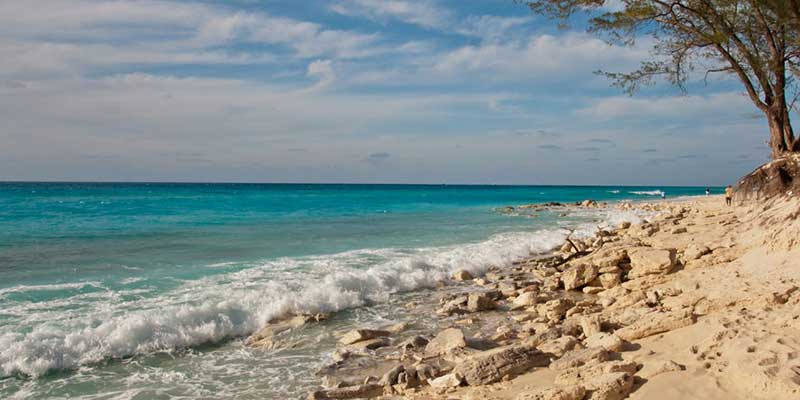 Many islands in the Caribbean, like North Bimini, have unreliable supplies of fresh water and must turn to desalination to provide enough potable water for residents and visitors.

A short, 20-minute seaplane ride to the east of Miami brings vacationers to the Bahamian district closest to the United States mainland, Bimini. The tiny chain of three islands, historically a favorite getaway of rumrunners, fishers, and Ernest Hemmingway, now is home to resort hotels, marinas, and casinos.

As for most Caribbean islands, supplies of fresh water in the Bahamas can be a problem. While larger islands like Grand Bahama, Abaco, and Andros can rely on groundwater to a certain degree, the problem of providing enough fresh water to support growing tourism often is amplified on smaller islands.

Bimini long survived on captured rainwater and limited use of private wells, which mostly produced water unsuitable for drinking. With the high cost of safely storing already unreliable supplies of stormwater, an alternative was sought, and a pioneering reverse osmosis (RO) desalination plant was commissioned in Bimini in 1970, just five years after the launch of the technology’s first pilot program. Since then, the technology has continued to progress, and now in the Bahamas, Bimini is one of the districts most reliant on desalination.

Rav Bahamas Limited has contracted with Fluence to replace its old desalination plant on North Bimini with a new one for its Resorts World property. The new plant, based on three Fluence NIROBOX™ SW units, will utilize a well intake to supply 800,000 GPD (3 million L/d) of fresh water for Resorts World’s features, including luxury suites, a new Hilton hotel, pools, a spa, a salon, a marina, a casino, and landscaping.

Fluence already has gained experience in island environments off the East African coast and in the U.S. Virgin Islands. The new plant, however, will be the company’s first in the Bahamas.

Like another existing 115,000 GPD resort desalination plant on South Bimini, the higher-capacity Fluence plant on North Bimini will also supplement municipal water, as well as 300 homes and condominiums in the North Bimini homeowner’s association.

The Caribbean is, in a sense, an ideal proving ground for decentralized water treatment, which brings small- and medium-sized treatment solutions to exactly where they’re needed. Large, centralized plants rely on extensive piping networks, which can be prohibitively expensive.

The Bimini project is bringing the newest generation of desalination technology to the region. The smart, packaged units are provided in 40-foot shipping containers that can be easily shipped and installed with minimal site preparation on the smallest footprint in the industry, preserving the coastal aesthetics essential to tourism. The weatherized containers are also durable, with coatings meticulously applied to stand up against corrosion.

Gerardo Capo, Chairman of RAV Bahamas Limited, said that the company primarily “chose Fluence and its Nirobox system due to their expertise, high reliability, small footprint and fast project execution.”

Fluence has a range of financing structures available to help make quality water treatment feasible. The build, own, operate, transfer (BOOT) model was ultimately selected by Rav Bahamas for the Bimini project, and the plant is expected to be up and running by the end of 2018.