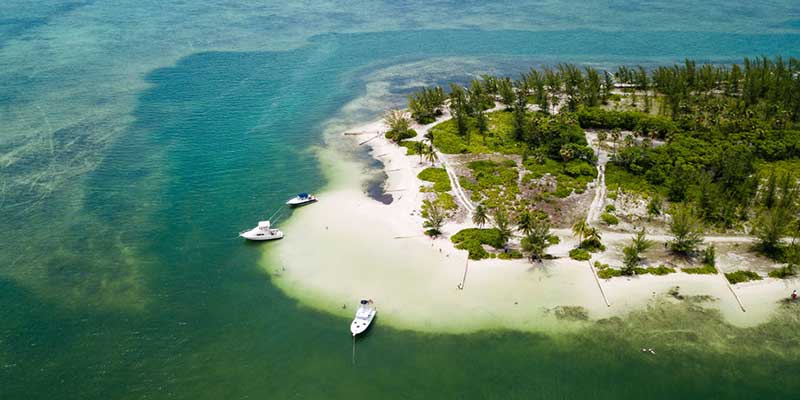 For decades, wastewater management has been a growing problem for the Wider Caribbean Region (WCR), a problem that regional governments have long understood as a threat to the economy, the environment, and to public health. In the Caribbean, most wastewater from cities, industry, and agriculture pours directly into surface water or into the sea completely untreated, degrading residents’ quality of life, as well as the region’s biodiversity, pristine blue waters, and reefs, which are the lifeblood of the vital tourism industry.

The Caribbean Archipelago consists of more than 7,000 islands dotted over a million-square-mile area. Within it lie four regions, the Lucayan Archipelago, the Greater Antilles, the Lesser Antilles, and the ABC Islands. Within those regions lie 13 states and 17 dependent territories, typically speaking English, Spanish, French, Dutch, or Antillean Creole. However, the term “Caribbean” is often used to refer to not just the archipelago itself but also to coastal areas in Central and South America, or, in the widest sense, most of Central America and most of the northern countries of South America.

In such a wide, diverse region, it’s no surprise that wastewater treatment faces perennial issues seen in many other regions around the world. Inconsistent planning, design, and construction have failed to produce water infrastructure that can accommodate explosive population growth, leading to predictably undesirable outcomes.

Just under half of the homes in the region are not connected to a sewer system, and only 17% of homes are connected to adequate collection and treatment systems. A total of 85% of wastewater discharged into the Caribbean Sea is completely untreated. In the past two decades, 80% of living coral in the Caribbean has been lost, with wastewater considered one of the main culprits.

Caribbean nations have shown their commitment to lowering wastewater pollution of the ocean by signing on to the Protocol on the Control of Land Based Sources of Marine Pollution, a part of the Cartagena Convention that went into effect in 2010. The LBS Protocol codifies standards and encourages innovative treatment solutions.

New alternative treatment technologies suited for the region often are poorly understood. One such technological current is the decentralized model of wastewater treatment. In decentralized treatment, small, efficient units bring treatment to exactly where it’s needed without having to build (or rebuild) pipeline infrastructure, which can be cost-prohibitive.

The 2017 storm season was exceptionally active in the Caribbean, with two Category 5 hurricanes — Irma and Marie — leaving the infrastructure of many islands devastated.

Decentralized wastewater treatment is ideal for rebuilding in the island environment because of its low cost, energy efficiency, and flexibility. Units like Fluence’s Smart Packaged Aspiral™ wastewater treatment plants are particularly well suited for decentralized treatment. They are packed in standard shipping containers for easy transport, and their energy use is so low — little more than a home’s — that they can operated with a small generator or with alternative energy sources.

With the World Bank and other organizations stressing rebuilding for resilience in the region, there likely will be a great deal of innovative wastewater treatment projects in the years to come in countries that have signed onto the LBS Protocol.