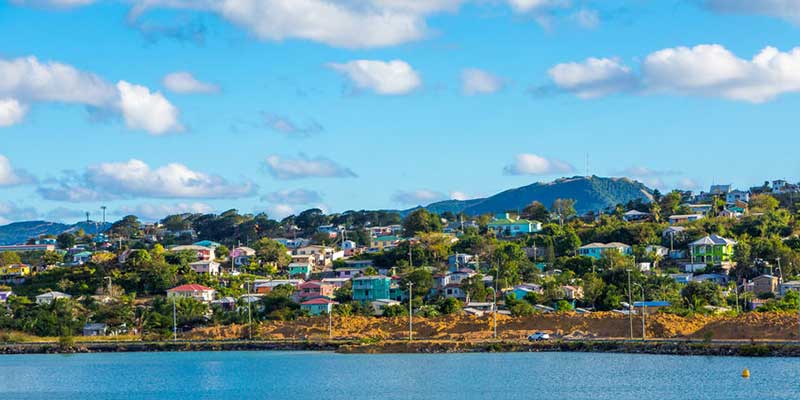 Both desalination and water reuse can help island states avoid overexploitation of surface water and groundwater.

Islands share many challenges to development. They tend to be economically and geographic isolated, environmentally fragile, plagued with high energy and transportation costs, limited in resources, and vulnerable to weather and climate disasters. At the 1991 Earth Summit in Rio de Janeiro, the United Nations officially recognized the developing nations that share these characteristics as a distinct group, calling them Small Island Developing States (SIDS).

The SIDS are grouped within three regions:

In September, the U.N. General Assembly will hold a high-level review of the progress SIDS have made in implementing a dedicated program of action called the SIDS Accelerated Modalities of Action (SAMOA) Pathway.

The SAMOA Pathway lays out goals for 2030, including those involving fresh water issues, including:

SAMOA also calls attention to the potential impact of climate change on SIDS, and urges inclusive, integrated management of water resources and ecosystems, with an eye toward engaging women in the process.

The need for safe drinking water and sanitation infrastructure build-out is high on the agenda, specifically desalination, where feasible, and wastewater treatment, including expansion of water reuse and recycling with an eye on sustainability. Both desalination and wastewater reuse have the potential to relieve an overreliance on groundwater, which all too frequently leads to saline intrusion into aquifers.

Another intersecting issue detailed in the SAMOA Pathway is food security and nutrition. Amid the 2019 drought that hit many Caribbean islands, Ibrahim Thiaw, head of the U.N. Convention to Combat Desertification (UNCCD), posed a question:

Agriculture is of prime importance to SIDS food security and nutrition because food importation puts pressure on economic resources. The Pathway also singles out the dangers of unhealthy diet. Yolande Bain-Horsford, Grenada’s minister of Agriculture and Lands, recently said:

[Island nations] must face the harsh reality of the challenges facing the [agricultural] sector, which include land degradation, lack of sustainable farming practices, climatic variations, and droughts.

Fisheries are also important to SIDS food security, but it’s estimated that 85% of Caribbean wastewater is currently discharged into the sea untreated, a practice which that has harmed tourism and, over the past two decades, has significantly contributed to the loss of 80% of living coral in reefs that support Caribbean fisheries. Sewage could instead be treated for sanitary discharge into the sea, or, as envisioned by the Pathway, it could be reused for agricultural irrigation.

As the Caribbean faces a current drought and the prospect of more frequent droughts with climate change, a decentralized wastewater treatment strategy is particularly well suited to many islands. Situating treatment at the site of need avoids the onerous expense of pipelining to a central treatment plant.

Contact Fluence, a world leader in decentralized desalination and wastewater treatment, to learn more about deploying these solutions in island environments.