Growth in the Waste-to-Energy Market 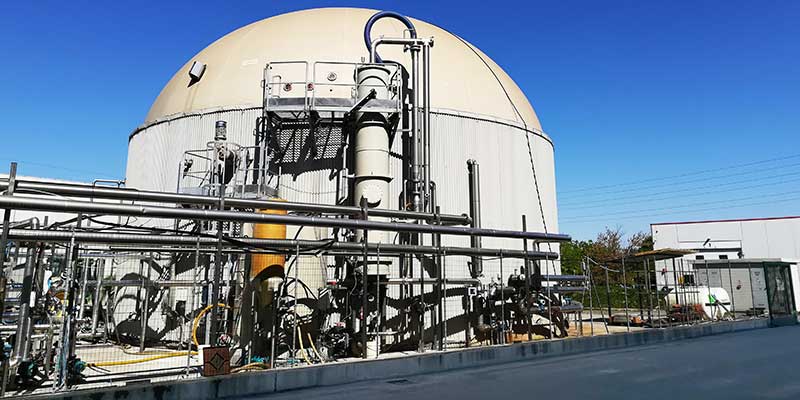 One type of waste-to-energy plant uses anaerobic digestion to convert organic waste into biogas, which can be used to fuel boilers or generate electricity.

Waste-to-energy (WtE), a robust form of renewable energy generated during waste treatment, is the most significant aspect of the resource recovery sector. The most prevalent type of WtE is incineration of dry waste, but there’s increased interest in anaerobic digestion of high-carbon-load wastewater and dry waste.

Converting waste into a competitive energy source is moving away from being considered simply as something that must be disposed of. In addition to fueling power generation, WtE reduces municipal solid wastes (MSWs) currently destined for landfills by 90%. In turn, smaller landfill mass means greenhouse gas reductions.

Between environmental concerns about burning fossil fuels on one hand and worries about fossil fuel shortages on the other, it’s not surprising that global and regional growth opportunities in the renewable energy markets are forecast through 2026.

Although the WtE market is currently dominated by waste treatment giants, researchers at the Ecole Polytechnique de Montréal and the Imperial College London see it following a general trend toward decentralization:

Approximately 75 waste-to-energy facilities are operating in the United States, processing an estimated 94,000 tons of waste and generating 2,534 MWh of electricity daily.

There are 114 bioenergy and energy-from-waste plants in Australia, and Japan is a major player in WtE. About 65% of Japan’s waste is used to generate energy, and by the time the rest is composted or recycled, only about 3% makes its way to landfills. The Asia Pacific regional market is projected to grow quickly.

Germany’s WtE economy is the most advanced. Moving into 2017, Germany was operating 120 WtE plants, and now it has the first true renewable energy economy, widely using renewables for power, heat, and transportation. Zooming out, Europe (including the EU28 countries, Iceland, Norway, Serbia, and Switzerland) leads the pack regionally: In 2016, its 520 reported WtE facilities accounted for more than 35% of the world’s WtE market.

Even with its current extensive investment, Europe is still a growth market for WtE, with an anticipated 50 new facilities to come on line in the next few years at a capacity of 18 million metric tons. Growth can be attributed to the European Union’s Circular Economy Action Plan.

The EU’s waste policy sparked a boom in the United Kingdom, which had significantly increased a landfill tax to participate in the EU Landfill Directive. The tax spiked 2018 exports of refuse-derived fuel (RDF) to 3.4 million metric tons. It’s unclear what direction the U.K. will take now that it has left the EU.

New taxes in Holland and Sweden, which are important markets for RDF originating in the U.K., are expected to soon discourage waste export. New taxes will move EU member states to build more WtE capacity. This comes as higher landfill taxes in Poland, France, and Spain are already in different stages of implementation. The EU Circular Economy package also is expected to drive incineration capacity increases with its 10% limit on municipal waste disposal in landfills, which is going into effect by 2035.

While the trend for municipal WtE relies on thermal technologies, anaerobic digestion (AD) has great potential in industry, particularly in plants that produce a wastewater with high BOD or COD, like dairies, paper mills, and meat processors. By integrating AD into their existing wastewater treatment train, many businesses have realized enormous savings on water and energy operational costs, become energy net-zero, or even become energy producers. Contact Fluence to learn how you can turn your waste streams into revenue streams.