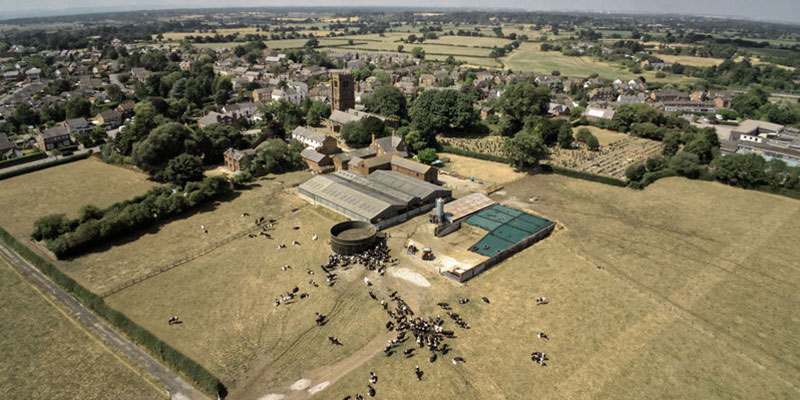 With droughts becoming more likely in the U.K., officials are predicting a water crisis within 25 years if measures aren’t put into action.

“Climate change plus growth equals an existential threat.” The United Kingdom water shortage will place the nation in “the jaws of death” within 20 years, especially in the country’s heavily populated South East. These aren’t the words of a street-corner prophet of doom. They’re the 2019 remarks of Sir James Bevan, chief of the U.K. Environment Agency (EA).

“Jaws of death” sounds like hyperbole, but it’s an unofficial U.K. statistical term for the point where projected lines of dwindling water supply and rising water demand cross on a graph. The National Audit Office estimates the lines could cross as early as 20 years from now as unpredictable rainfall and drought lower supply by 10 to 15% and a future population of 75 million spikes demand.

Non-revenue water is a major issue in the U.K., where 3 billion L/d leaks from pipes in England and Wales. Cutting this 20% loss in half would create a savings equivalent to the daily water usage of 20 million people. By combining that savings with a personal consumption cut to 100 L/d through measures such as flow fixtures and taking shorter showers, enough water would be saved to provide for 20 million more people by 2050. Michael Roberts of Water UK reported:

[…] the good news is that domestic consumption has been coming down for the last decade, and in terms of leakage, we are leaking a third less than we did 30 years ago, but there is a heck of a lot more to do.

Leaks are difficult to locate and repair in a system comprised of more than 200,000 miles of pipes and 24 million connections.

Although 2020 started with bountiful rainfall, including the wettest February on record, by May the trend had changed, with the U.K. receiving 50% of its average rainfall for the month. This variation between extremes doesn’t allow for a healthy water cycle. With heavy rains in 2019, for instance, England suffered uncharacteristic, widespread flooding, enough to create sinkholes on the M25, but stormwater tends to rush down rivers and into the sea before it can recharge the groundwater in aquifers. Reservoir projects retain floodwater for drier times, but they have faced cost barriers and fierce opposition from environmentalists.

So far, desalination has generally been used in emergencies, but as costs come down, it could become a regular part of the UK’s water supply.

Industry has actively pursued water reuse and the Environment Agency is putting focus on domestic use.

More than a year after Bevan’s stark warning, a damning 2020 report from the Commons Public Accounts Committee has accused the U.K.’s “ponderous” and “wholly unacceptable” water sector, which was privatized in 1989, of making no progress for 20 years on repairing leaks that cost the nation billions of liters of water every day.

The report comes as part of a deluge of criticism after England’s nine water companies were caught discharging untreated sewage into storm drains more than 200,000 times in 2019 alone. The Environment Agency has filed multiple suits against Thames Water for such infractions and others.

Empty words on climate commitments and unfunded public information campaigns will get us where we’ve got the last 20 years — nowhere.

It’s a theme water managers are facing with increasing frequency: When it comes to water infrastructure, the choice is “pay now, or pay later,” and “now” is cheaper, both economically and politically.