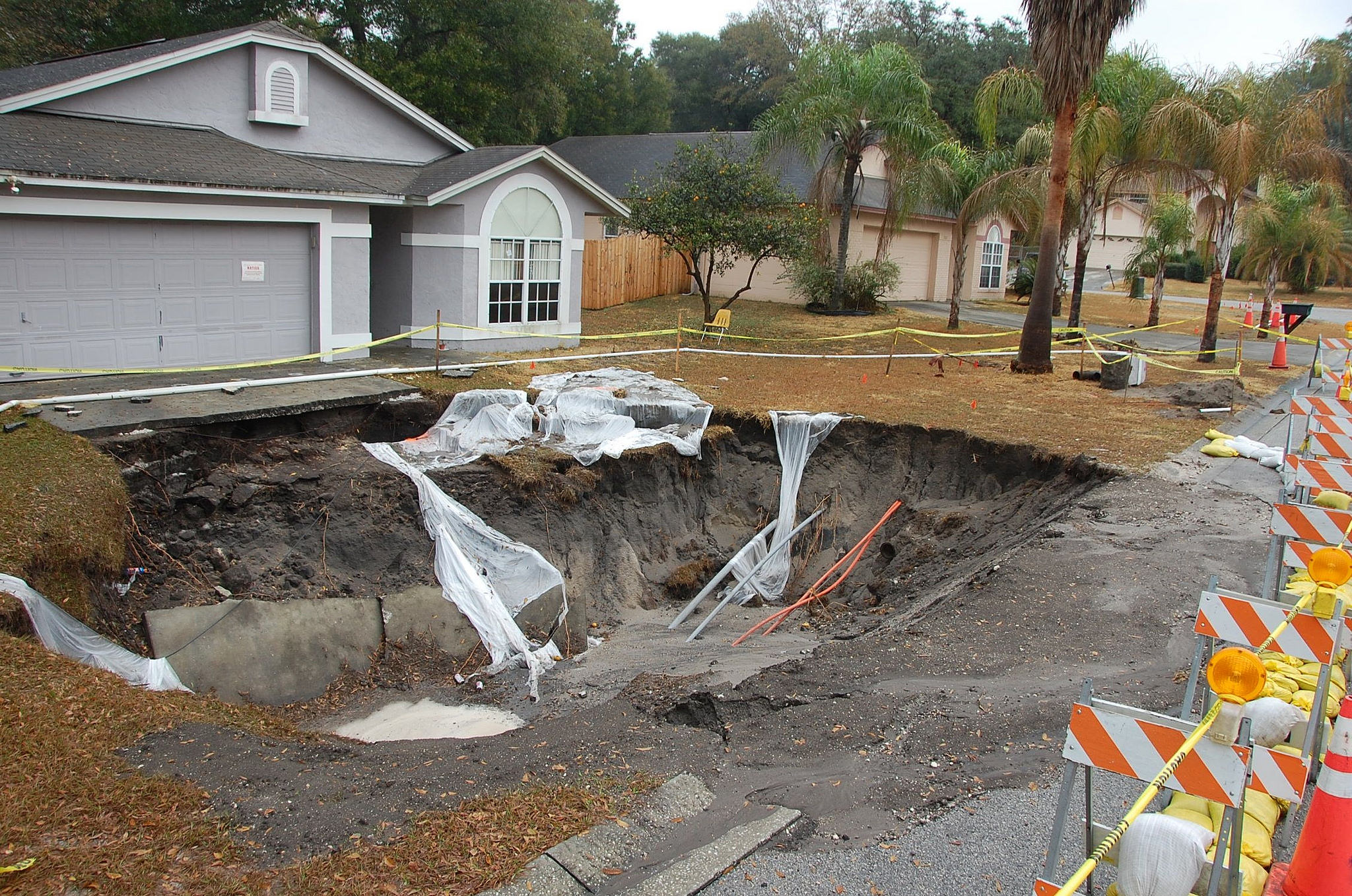 More than 110 sinkholes formed in and around Dover, Florida, during a freeze in January 2010. Groundwater levels dropped to record-setting lows as farmers pumped water to protect their plants from the cold.

Groundwater supplies are being increasingly used in areas experiencing severe drought, but these regions around the world may be compromising future water supplies by pumping it from the ground faster than it can be replenished.

What is groundwater? Simply put, is water trapped below the earth’s surface in fissures and crevices. Some water not used by plants, for example, may flow into lakes or other surface bodies of water, and some may find its way into underground aquifers.

As water becomes an increasingly valuable commodity, more efforts are being made to assess and preserve groundwater supplies.

Drought and population growth worldwide are placing unprecedented demand on dwindling water supplies. Groundwater withdrawals in developing countries are forecast to increase by 50 percent by 2025, according to the Stockholm International Water Institute. The United Nations expects a global shortfall in water by 2030.

Some people think of groundwater as an infinite source, used primarily for agricultural irrigation. But, roughly a fifth of all water used by the world’s population is taken from groundwater sources, according to SIWI. The most stressed groundwater supplies are the Arabian Aquifer System, which provides water to 60 million residents of Saudi Arabia and Yemen; the Indus Basin aquifer in northwest India and Pakistan; and Africa’s Murzuk-Djado Basin in the northern stretch of the continent.

Groundwater withdrawals in developed nations should increase by 18 percent by 2025. In the Emirate of Abu Dhabi, for example, it’s expected that groundwater will be fully depleted in some areas within 50 years if the resource is not managed properly.

Beyond affecting water supply, groundwater depletion has many other consequences. Some neighborhoods in the city of Beijing are sinking 4 inches a year due to the pumping of underground water. According to National Geographic, this could bring about problems including infrastructure damage to railways, roads, and even building foundations.

Similar problems are being documented in Shanghai, Mexico City, and the California Central Valley, as well as in Florida, where sinkholes are increasingly common.

People are turning to groundwater in a very, very big way. […] What you have in developing countries is a large number of small farmers pumping. Given that these guys are earning so little, there is very little you can do to control it. […] And you are, literally, in a race to the bottom.

These water shortages, he says, will trigger economic issues as well as the potential for violent conflict and more population migration.

Without sustainable groundwater reserves, global security is at far greater risk. As the dry parts are getting drier, we will rely on groundwater even more heavily. The implications are just staggering and really need to be discussed at the international level.

More information is needed to determine just how much groundwater there is in order to conserve and protect supplies. The process is not an easy one.

Researchers around the world have been working on the issue. Stanford University researchers, for example, found more water stored deep underground in aquifers some 1,000 to 10,000 feet below the state’s Central Valley than originally expected. This amount of usable fresh groundwater is almost triple the existing estimates, or 2,700 billion tons, at depths of less than 10,000 feet. But making these forecasts is not easy and the results are not universally accepted.

It’s important to include groundwater resources as part of a larger water management program. In areas with high water demand, municipal and regional governments and utilities may need to develop their own water sources. Recycled water, for example, can be a dependable, green resource. Reusing wastewater means becoming less dependent on increasingly precious groundwater and surface water. Practices such as aquifer recharging can also help preserve existing surface and groundwater resources.

You’ll find more ideas about water reuse projects and policies, as well as the latest news, trends, and research on the world’s most precious commodity, on our Water Scarcity Blog.