Water Reuse and the Water-Efficient Neighborhood 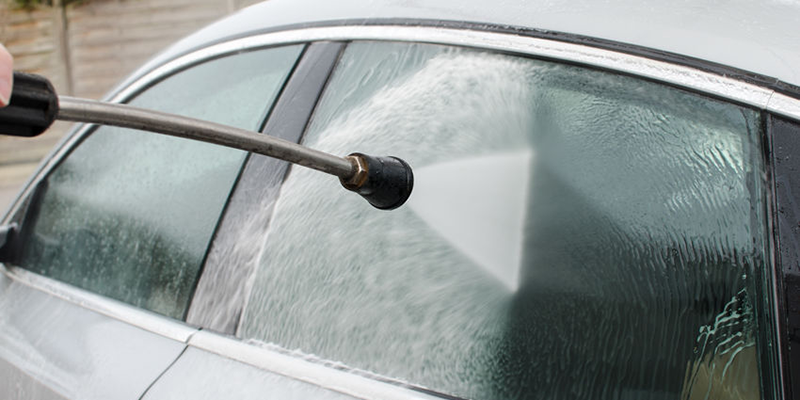 Reusing water for things like washing cars and watering lawns can be achieved at a neighborhood level through decentralized wastewater treatment.

As water becomes more scarce, researchers, designers, architects, planners, and real estate developers are all turning their attention to how our built environment influences the way people use water day-to-day.

Philip Stoker, assistant professor in the University of Arizona College of Architecture, Planning and Landscape Architecture, defined “built environment” as:

[T]he way cities take shape — what the materials are made out of, what the land cover consists of, the arrangement of buildings and what kind of buildings are there.

A new study from Stoker’s team, which focuses on single-family dwellings, shows that the built environment exerts a stronger influence on domestic water use than previously understood.

As a result, a coalition of stakeholders has gathered to strategize ways to improve domestic water efficiency. Their goal is to transform the typical home, so it uses 50 L of water a day instead of 500 L.

Procter & Gamble is leading the group of stakeholders, the 50L Home Coalition, in a quest for water-efficient homes. It’s comprised of governments and regulators as well as Electrolux, Kohler, Engie, Arcadis, the World Bank Group, WBCSD, and the World Economic Forum.

The coalition breaks down how builders and real estate developers can improve domestic water efficiency in two categories: inside the home and outside, with a focus on decentralization and circularity, that is, the continual use of resources and the elimination of waste.

Within the home, the coalition recommends implementing water-recycling systems and appliances, low-flow fixtures, and smart systems for water-purifying, enrichment, and finally discharge.

Outside, builders and developers will need to work with local regulatory bodies toward residential wastewater reuse. This can be achieved efficiently on a local scale with decentralized wastewater treatment. Instead of relying on piping sewage to a large, central plant, it makes sense to place small plants close to the point of use. Installing these decentralized plants greatly reduces pipelining expenses and introduces flexibility and local control.

Water Efficiency at the Citywide Level

Taking a citywide approach, the University or Arizona research team focused on cities where single family dwellings used a large share of water. They evaluated housing density, assessed value, lot size, plant cover, and house age, finding that the built environment exerts a stronger, sometimes dramatic, influence on urban water use than previously understood. According to the study:

Vegetated cover was associated with an increased water demand more than any other built-environment variable in the drier cities. The effect was greatest in Salt Lake City, where each 1% increase in average vegetated surface was tied to a 0.48% increase in annual water use and a 0.7% increase in summer use.

The team recommended planning future developments with houses on smaller lot sizes that have fewer or different kinds of plants in their landscaping. The researchers cautioned developers to weigh the extent of the strategy against the cooling value of plant cover.

Some municipalities in the United States have offered incentives for xeriscaping, a type of landscaping that uses drought-resistant plants, as well as more efficient irrigation methods. Supporters say it can lower water use by half or even three-quarters. For example, in Novato, California, where residents were offered reduced water bills in exchange for xeriscaping, the city’s water department estimated a water savings of 120 gallons a day for residences that opted into the program.

Water Efficiency at the Neighborhood Level

While a great deal of research has been conducted on the scale of an entire city or a single-family dwelling, much opportunity to increase water efficiency remains untapped at the neighborhood level. Today, new technology is opening opportunities in this middle ground, particularly through decentralized water reuse.

Fluence’s modular Aspiral™ wastewater treatment units, for example, have many features that make them ideal for neighborhood water reuse programs. They transform source water — from stormwater to raw sewage — into safe, beneficial effluent that meets the world’s toughest regulatory frameworks for irrigation and other nonpotable reuse. The pre-engineered, containerized units are low-odor and low-noise, so they make good neighbors even in close quarters. Their small physical footprint makes it easy to hide the units behind foliage or landscaping.

Neighborhoods, real estate developments, gated communities, apartment complexes, and other compounds can greatly benefit from water reuse. The wastewater can be treated to a high level on-site and then returned to each home via purple pipes to be used for nonpotable applications including agricultural or landscaping irrigation, toilet flushing, dust control, and more. When designing new communities, architects can optimize the design for water reuse from the get-go.

Using water more than once allows residents to be environmentally responsible while maintaining quality of life.

Contact Fluence to learn about the modular future of neighborhood water reuse.