Reducing the Costs of Water and Wastewater Treatment Pipelines 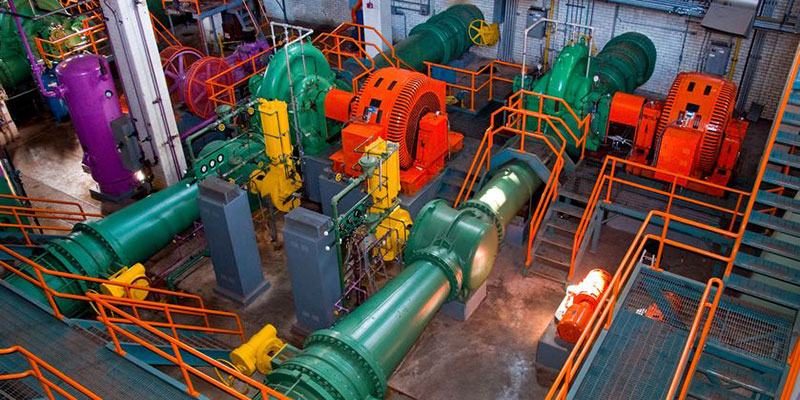 Pumping stations, which are a necessity in extensive pipeline systems, add a lot to CAPEX and OPEX. With decentralized systems, treatment occurs at the point of need, drastically reducing these expenses.

When existing infrastructure is ready to be replaced, decentralized treatment can greatly reduce CAPEX and OPEX

A stunning two thirds of capital expenditures for conventional wastewater treatment plants can go toward pipelines and pumping stations to maintain flow. Once built, large-scale central treatment plants deliver high quality water and savings through economies of scale, but they are plagued by a number of pipeline issues that can increase both CAPEX and OPEX.

Are long pipelines necessary? Increasingly, with the adoption of the decentralized treatment model, the answer is no. By placing small treatment plants at the point of need, CAPEX can be cut by as much as two-thirds, and OPEX can be reduced, too — all with no sacrifice in quality of treatment.

A network of small plants offers flexibility that doesn’t exist with large plants. Each plant can operate independently or in sync with centralized controls, which is referred to as distributed treatment.

Extensive networks of large pipes are difficult to install, and add to the cost of centralized wastewater treatment plants.

Piping sewage to a central plant requires specialized, large-gauge pipes that are costly to manufacture and install, and pumping stations are required to keep the effluent moving. Beyond the high hardware cost, there are a number of other CAPEX considerations.

In urban or agricultural areas, laying long sewage pipelines typically takes years due to negotiations over rights of way. Multiple litigation processes frequently waste time and resources. And difficult terrain increases the chance that pipelines will have to be rerouted. If sensitive archaeological or cultural sites are discovered in the path of a pipeline, there can be costly changes to the pipe route.

When it comes to reusing water, which is growing in popularity, it makes even more sense to treat and reuse water on-site, instead of transporting water back and forth along pipelines.

It’s also important to consider health and environmental risk. With a large plant, pipeline failure can pose a significant threat. One problem in the system can contaminate surface water, groundwater, or wetlands, leading to public health problems and ecosystem devastation thoughout. On the other hand, with smaller independent units, failure of a single unit can simply be addressed by repairing or replacing that unit without affecting the rest of the system.

OPEX first depends on topography and gravity, which determine how far and how high water must be pumped. Installation density, that is, the size of the collection system, is also a factor, along with local energy costs.

Once a pipeline is in use, there’s potential for operational, energy, and maintenance expenses, and it’s only a matter of time before non-revenue water is lost through leaks and costly repairs begin to eclipse other issues. To keep up with the maintenance, it usually is necessary to employ or outsource a workforce.

Then, there also are the administrative and political costs of setting aside funds for expensive replacement and repair projects. 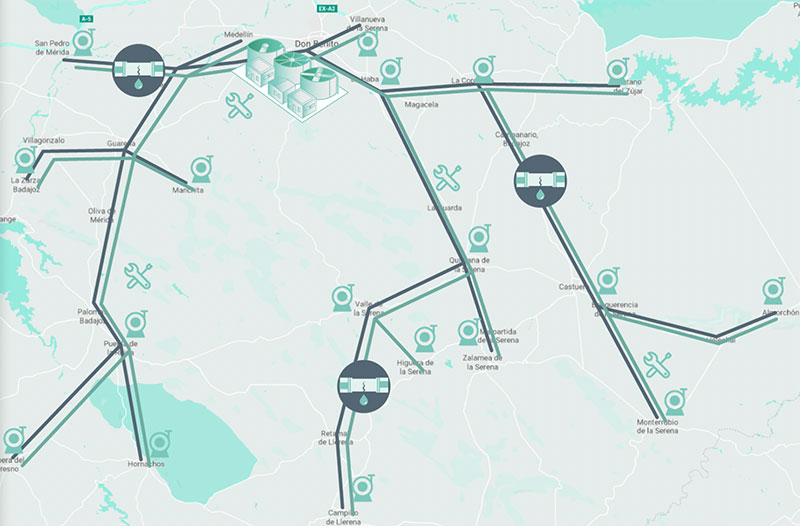 In a conventional, centralized model of wastewater management, seen here across a mountainous rural area in Spain, pipelines to a central plant require many pumping stations and are subject to leaks. The pipelines are energy-intensive and amount to two-thirds of CAPEX. One failure can be catastrophic to the system as a whole. 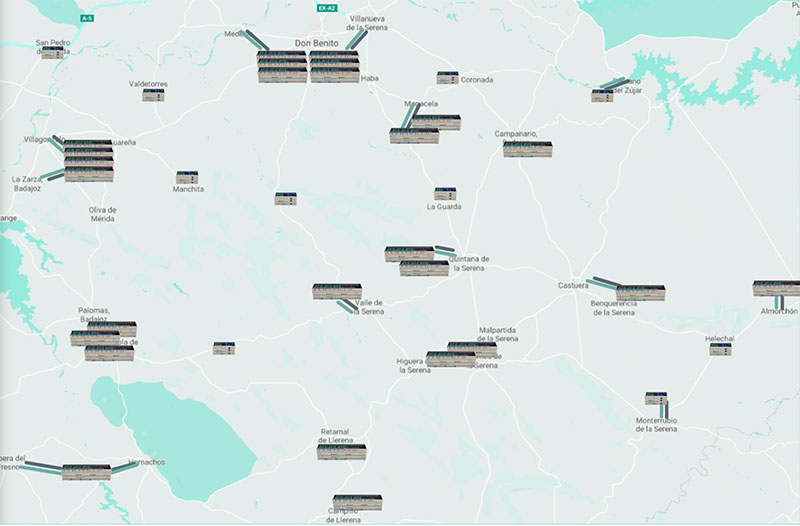 In a decentralized model, small treatment plants are placed where they’re needed, and most of the pipeline costs are eliminated. This means a lower CAPEX than a large, central plant. The system is scalable, because it’s simple to add plants when need increases. Risk is spread throughout the system, minimizing the outcome of failures, and treated water can be reused locally.

Distributed treatment systems, composed of smaller, decentralized plants sited at points of need throughout the service area, have a wide range of benefits. These scalable systems:

It’s easier to move information than water, so a distributed treatment system can now be securely managed from a centralized control center or even a mobile device. This gives the best of both worlds: Centralized oversight combined with lower costs and increased resiliency. Contact Fluence to learn more about bringing sustainable water and wastewater treatment where it’s needed.