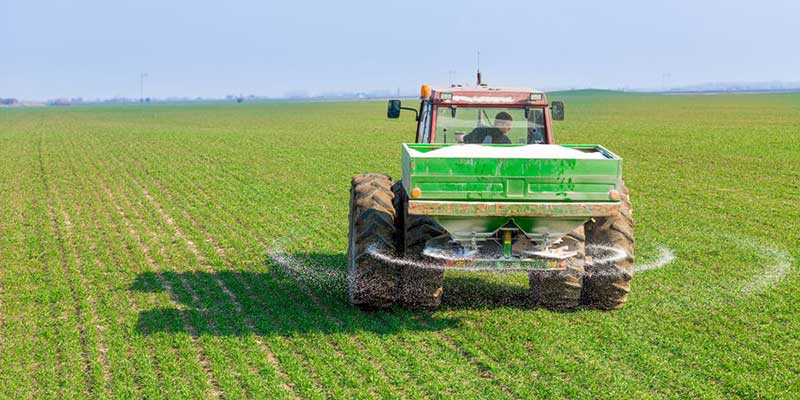 The study pointed to fertilizer-laden agricultural runoff as the main culprit for the lethal nitrate contamination.

A new Environmental Working Group (EWG) study, published in Environmental Research, has estimated that nitrate contamination of drinking water will cause thousands of cancer cases annually in the United States. The cancers are also expected to run up $1.5 billion in medical bills each year, with another $6.5 billion of indirect costs expected.

Nitrate and other nutrients can enter groundwater through septic tank leakage, wastewater, industrial discharge, or natural erosion. But the main culprit for the lethal nitrate contamination detected in the study is in large part from agricultural runoff that makes its way into the groundwater used by water systems, and much of the risk strikes at the agricultural heartland of America. EWG senior science advisor Olga Naidenko, Ph.D., said:

Nitrate contamination of drinking water is a serious problem and especially severe in the nation’s farm country. Now, for the first time, we can see the staggering consequences of this pollution.

About 80% of the nitrate-caused cancer cases were colorectal, with the remaining 20% made up of ovarian, thyroid, kidney, and bladder cancers. But, negative health effects aren’t limited to cancer. Nitrate-contaminated drinking water also has been linked to serious neonatal problems, including premature births, very low birth weight, and neural tube defects.

EWG scientists are critical of the Environmental Protection Agency’s federal drinking water limit for nitrate (10 parts per million), which has been in place since 1962. They cite more recent epidemiological studies that link adverse health outcomes to far lower levels. The EWG-recommended nitrate standard is 0.14 ppm, which it said would lower cancer risk to one in a million. The study, unfortunately, also comes on the heels of an early 2019 decision by the EPA to scrap a reevaluation of the current standard.

Millions of Americans are being involuntarily exposed to nitrate, and they are also the ones paying the heavy costs of treating contaminated tap water.

The areas that bear the brunt of the cancer risks identified in the study are home to smaller, more remote farming communities, which present some very specific problems that are difficult to overcome with large-scale infrastructure. Just the cost of running pipe to regional infrastructure can be prohibitive. But new technology and modern, modular units — like Fluence’s Aspiral™ — allow smaller water systems to locally establish high-quality wastewater treatment with high denitrification of effluent.