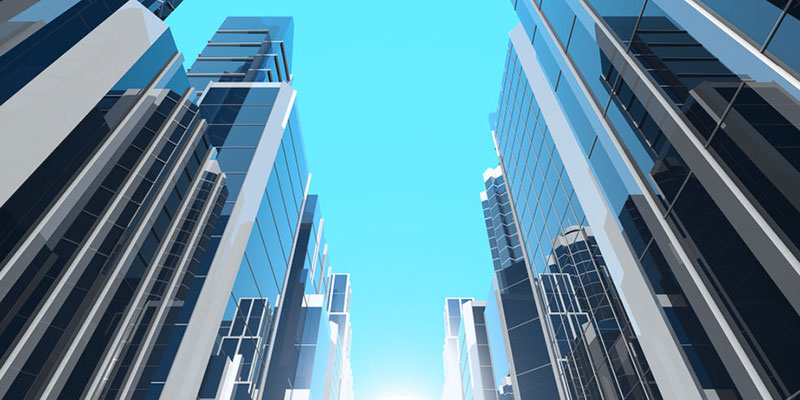 Commercial buildings, which use large volumes of water, can increase their sustainability by recycling grey water and blackwater.

Reuse systems in office buildings can provide a steady stream of water for landscape irrigation or cooling towers. In a time of increasing water scarcity, even retrofitting toilet plumbing for wastewater reuse systems is gaining ground after long being considered cost-prohibitive because a second set of pipes is needed.

The San Francisco Public Utilities Commission led the city to become the first in the United States to mandate that new buildings with more than 250,000 square feet of space install onsite water reuse systems.

One notable adopter is Salesforce, which collaborated with the owner of its Salesforce Tower building and the City of San Francisco to install a system to reuse wastewater from toilets, or blackwater. It’s one of the first partnerships in the nation between a city, a property owner, and tenant corporation to establish blackwater reuse in a commercial high-rise, and it will be the largest. But it’s not the only project.

A few forward-thinking cities such as Boston, New York, and Los Angeles are now catching up with regulatory incentives to expand adoption of water reuse, and states like Hawaii and Washington are taking regulatory steps toward reuse.

In Brooklyn, the conversion of an old Domino sugar refinery into retail and office space will include a 400,000 GPD blackwater system that was encouraged by a Department of Environmental Protection incentive — a 25% sewer service discount.

It’s no secret that the city’s infrastructure is overburdened. New development increases reliance on that system, which is scary, so decentralized systems like ours are a hedge against that.

Both municipal and developer interests are aligned behind the project. Discussing centralized water treatment, one department spokesperson said, “We … don’t have land to build infrastructure under. Incentivizing is providing the sweet spots for private developers to take advantage.”

Fluence’s Aspiral™ modular units have the smallest physical footprint in the business for office building and campus environments, where space is of prime concern and noise and odor are unacceptable. With water exceeding California’s Title 22 regulatory framework for water reuse, Aspiral™ plants are capable of satisfying any office building reuse goals, from nonpotable blackwater reuse to resource recovery. Contact Fluence and tell us about your development. We provide globally-validated technology and 30 years of experience to make reuse work in office buildings and corporate campuses, and with Water Management Services, it can happen with no upfront investment.