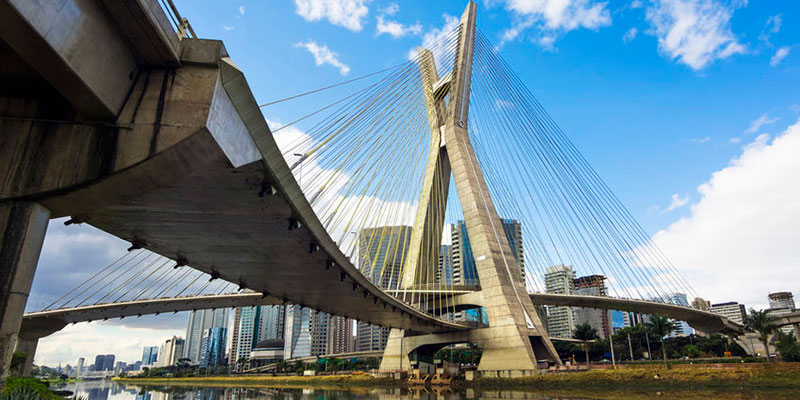 Brazil exists in a state of water inequality. The sparsely populated North is water-rich, but big cities in the South — like São Paulo — are facing water crises.

With traditional approaches not working, the region is ripe for change as it strives to meet sustainability goals

Across the region, today’s Latin America is experiencing water and sanitation problems. Although the region is highly urbanized, half of Latin America’s residents still are not connected to a sewage system. Nearly a quarter have no piped water access from an acceptable water system. And although about 26% of people in Latin America have some form of sanitation, like septic tanks or latrines, wastewater treatment plants serve only about 15% of wastewater produced, and even then, treatment quality often is woefully inadequate.

But innovative forces are working hard to meet United Nations’ 2030 Sustainable Development Goal 6 (UN SDG 6) before the deadline. Pablo José Bereciartua, an engineer, academic, and former Argentinian Secretary of Infrastructure and Water Policy, recently discussed how the foundations of new technologies and new business models can disrupt traditional approaches in the quest to meet SDG 6.

Enticing questions can be asked about water supply and sanitation. How can new technologies, such as big data and algorithms, or renewable energies, be used to improve efficiency? How can new paradigms such as the circular economy or digital water be implemented? And how can new business models be designed to address these challenges with fresh approaches and, at the same time, attract public and private investments?

Challenges Across the Region

The challenges and business models for water management are different for each Latin American nation. The International Water Association’s Source magazine recently presented a roundup of progress in water issues:

Although new business models are arising in Latin America, new paradigms and technologies are not as quick to take root. But the World Bank has sought to promote the innovative paradigm of the circular economy in the region with its “Wastewater: from waste to resource” initiative to move from wastewater treatment to resource recovery. And this year, more than 30 desalination projects have begun, with more than $25 billion in desalination investment in Latin America planned.

Contact Fluence to learn more about the latest in wastewater and desalination technology — packaged and financed for any Latin American terrain — as part of our ongoing commitment to the UN SDGs.