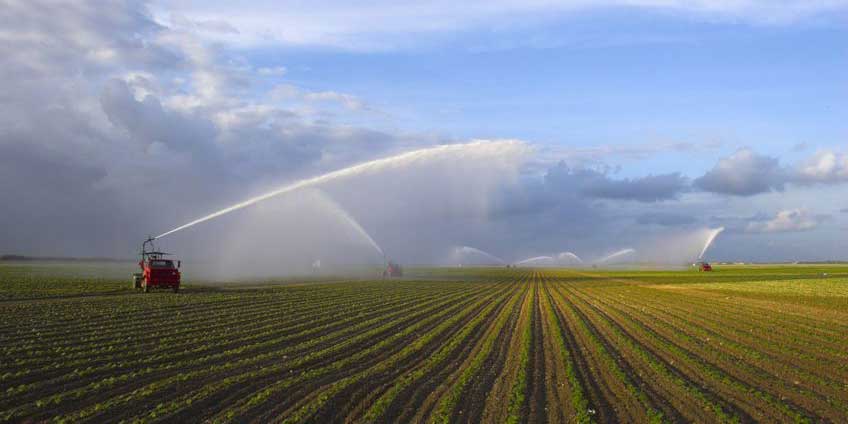 In many parts of the U.S., farmers rely on groundwater to irrigate their fields. It’s long been assumed that there was a reliable supply of fresh water in deep “fossil aquifers,” but researchers are finding that these often contain brackish water not suitable for irrigation.

As groundwater depletion accelerates in the United States, civilization has responded by unsustainably drilling deeper wells. Tapping deep “fossil aquifers” does offer a quick fix for water shortages, but the strategy may prove even more short-lived than expected. New studies show that the nation has significantly less groundwater than previously estimated, and factors from both above and below account for the revision of the estimate.

From above, of course drilling and overpumping to meet demand depletes aquifers, and at the same time, pollution such as nitrates and PFAS chemicals are contaminating groundwater from the surface downward.

It is understood that the chance of contamination from human activities is correlated with how long ago the water was deposited in the ground. So, it would stand that deep, Holocene groundwater that infiltrated soon after the Ice Age would be safe from contamination.

But a new study by Scott Jasechko and Debra Perrone et al. found that half of the wells dominated by such fossil water that were tested contained trace elements that would indicate younger groundwater may be infiltrating into deep fossil aquifers. By extension, deep aquifers may be in more danger from modern pollutants than previously thought.

Another recent study by Grant Ferguson, Jennifer C McIntosh, Debra Perrone, and Scott Jasechko has taken a bottom-up approach. The researchers demonstrated that what was once thought of as a vast store of fresh water deep in the nation’s most important basins has often turned out to be contaminated with salt from rock formations and ancient seas.

Such contamination begins at only a few hundred meters down, which is much closer to the surface than the 3,200- to 6,500-foot (1-2 km) range that had been previously assumed. While not as salty as seawater, the brackish water is too salty for drinking and irrigation. It can still be desalinated more easily than seawater, so it can be a viable drinking water resource far inland, but it still requires money and energy for treatment.

Some communities desalinate brackish aquifer water for drinking, and in the future, more may have to. Brackish water was once thought to be of limited use, but with the cost efficiency revolution in desalination technology, contamination of brackish water aquifers with chemicals from oil and gas exploration may in fact be damaging a potential drinking water resource.

Although fresh groundwater reserves in the Eastern United States surprisingly tended to be shallower, in states on both sides of the Mississippi groundwater has been shown to be much shallower and, therefore, more limited in supply than previously assumed. Deep drilling for fossil groundwater, which already was a short-term strategy, may not even be viable in many locations.

Now that it seems deep drilling for groundwater may be an even more shortsighted approach than it had initially appeared, longer-term investments must be made to secure water supplies. For instance, decentralized treatment of oil and gas produced water on site allows its reuse, preserving freshwater supplies. Wastewater treated for reuse and desalinated brackish water can be used to recharge aquifers. Action must be embraced before even deep aquifers can no longer provide a quick fix of fresh water.