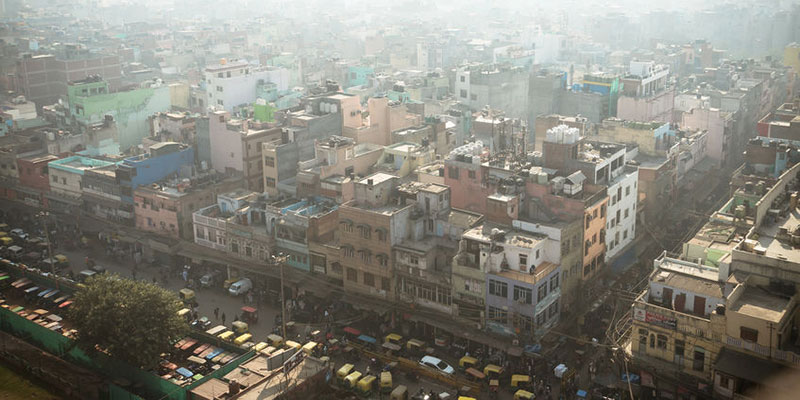 Water stress is increasingly dire in India’s Delhi National Capital Territory, where the population has increased by 4.5 million in the past five years.

In an area stricken with water stress, the new system would reclaim 500 million gallons per day

The capital of India, New Delhi, is in a sprawling urban area in the country’s Delhi National Capital Territory (NCT), which has a population of more than 30 million and growing. It’s one of the largest cities in the world, having almost doubled its geographic area between 1999 and 2011 and adding nearly 4.5 million residents in the past five years alone. Like much of the subcontinent, it’s running short of water.

To address the problem, the government is initiating a 500 million gallon per day (MGD) wastewater reuse plan to match the scale of the city. Although Delhi’s 20 wastewater treatment plants currently treat about 500 MGD of wastewater, only 90-95 MGD is being reused for horticultural irrigation.

With insufficient water of its own, Delhi sources most of its fresh water from surface water bodies in contiguous states, including Himachal Pradesh, Uttarakhand, Punjab, Haryana, and Uttar Pradesh. Many Indian states already have established reuse programs, and by following their lead, Delhi stands to increase its water supply and reduce dependence on other states.

Satyendar Jain, Delhi’s water minister and chairman of the Delhi Jal (Water) Board, is spearheading the massive reuse program, as well as an aquifer recharge plan. Jain also has ordered the repair of biogas plants and other infrastructure.

Under the new plan, instead of discharging treated effluent into storm drains, 100% of it will now be used to nurture forests and green areas near sewage treatment plants, recharging depleted aquifers. Eighty acres at the Rohini sewage treatment plant (STP), 60 acres of forest around the Rithala STP, and 250 acres of forest close to the Coronation Pillar STP will be used as groundwater percolation areas to raise the water table.

For a number of reasons, groundwater levels are down to a low 64 meters below ground in a number of Delhi neighborhoods. In a city where 17% of the population has no piped water, where most people have two to four hours of water service a day, and where the poor must pay high rates to water tankers, it’s no surprise that many illegally drilled bore wells are extracting large quantities of groundwater. To make things worse, groundwater contamination has been reported in parts of the city.

Construction is booming in the area and new buildings, which often lack permits, cover too much surface area, hindering absorption of stormwater.

Hope for the Future

Our government is committed to Clean Yamuna [River] and improve depleting ground water levels of Delhi. On the same lines DJB started using the treated water for activities other than drinking like horticulture purposes or giving it to various other agencies/organizations who can use this water to wash buses, trains, etc.

In 2018, Christopher Gasson, publisher of Global Water Intelligence, asked, “Is wastewater on the verge of a golden decade?” He argued that new technology was needed to change the water-reuse paradigm, specifically technology allowing for decentralized treatment systems and real-time quality monitoring.

Fluence has been at the forefront of decentralized water reuse with the Aspiral™ line of Smart Packaged wastewater treatment plants. Aspiral is scalable, quick to deploy, and is remarkable both for its high nutrient removal and energy efficiency.

Contact Fluence for the technologies and expertise to deliver high-quality, cost-effective wastewater treatment and reuse anywhere in the world.