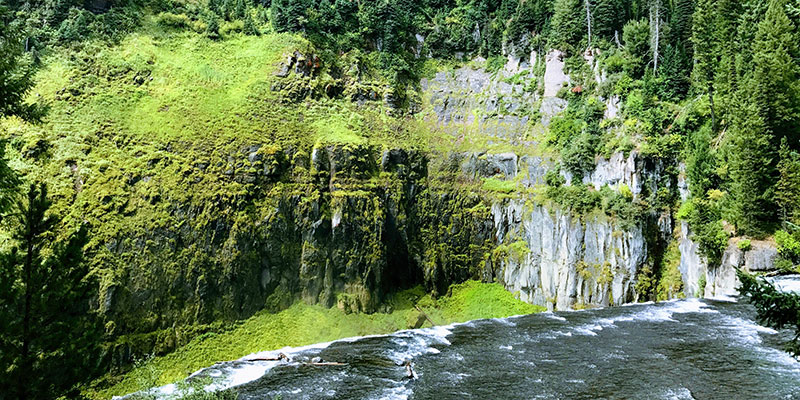 The Snake River’s Upper Mesa Falls in the Caribou-Targhee National Forest in Eastern Idaho. The Eastern Snake Plain aquifer may contain up to a billion acre-feet of water, enough to fill Lake Erie.

With so much bad news about depletion of global freshwater resources, often about crises that could have been prevented with forethought and preparation, it’s always good to hear a success story. And Idahoans can be proud of the managed aquifer recharge (MAR) program that contributed to the success.

The Eastern Snake Plain Aquifer covers about 11,000 square miles of southeastern and central Idaho, stretching 170 miles from Ashton to around King Hill and Twin Falls. At its widest, the aquifer is 60 miles across, and it may contain up to a billion acre-feet of water, enough to fill Lake Erie. It provides drinking water for approximately 300,000 residents and irrigates 2 million acres of cropland responsible for up to 30% of the state’s annual product.

Although the total volume of the ESPA is not known with certainty, tracking volume changes began in 1912, when urban centers and the food processing industry began to grow and rely upon groundwater. Today, levels are tracked by measuring 269 groundwater wells. According to the state’s Water Resource Board, the aquifer was losing 200,000 acre-feet of water annually between 1952 and 2017.

Years of drought in the early 2000s brought conflict between competing water users as some were unable to receive their full water allocations. But a particularly dry winter in 2015 provided a wake-up call that led the Idaho Ground Water Appropriators and the Surface Water Coalition to hammer out an agreement to maintain the aquifer. Brian Patton of the Idaho Department of Water Resources (IDWR) explained, “Both ground water user actions and the state recharge program contribute to this goal.”

The state agreed to recharge an average of 250,000 acre-feet annually, and water users agreed to collectively cap their use to 240,000 acre-feet to bring the aquifer back to 1991-2007 levels. The plan meant some changes for farmers. Different crops were planted or sometimes not planted at all, and in return the state set up recharge sites, where water was diverted from the Snake River into porous areas where it could seep into the aquifer below.

Even after eliminating data points from wells near aquifer recharge sites that might inflate estimates, the numbers show that aquifer volume increased by 350,000 acre-feet in 2019, and 2.2 million acre-feet in the past five years, surpassing all hopes. More water has also been observed bubbling out of the many springs fed by the aquifer.

“What a great time to work on water resources because I get to share in your accomplishments,” IDWR Director Gary Spackman said. The program’s success has secured its continuation, and because water rights are structured similarly throughout the West, Idaho may well lead the way for the rest of the region.