What Is Dissolved Air Flotation? 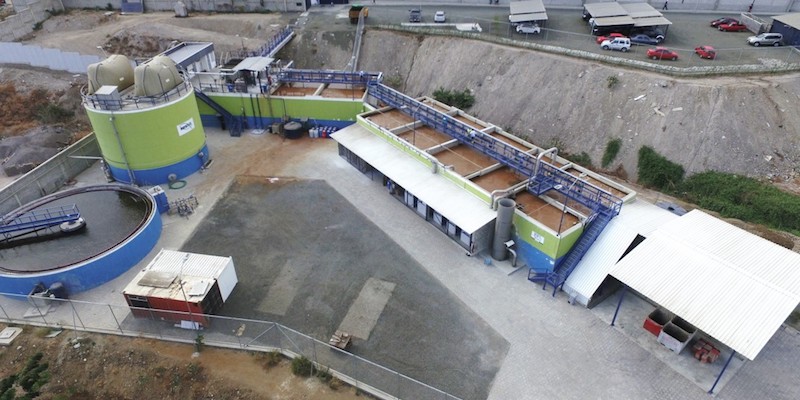 Dissolved air flotation (DAF) is often used as a pretreatment for wastewater, and plays an important role in effluent treatment in food processing plants like the Eurofish facility in Ecuador.

In dissolved air flotation (DAF), fine bubbles attach themselves to suspended matter in a liquid, floating them to the surface for removal

Dissolved air flotation (DAF) is a water treatment technology often used for the pretreatment of source water, but what exactly does it entail and how does it fit in with other technologies?

DAF is a type of coagulation-flocculation technology typically used before filtration.

DAF is used to separate solids from a liquid through the use of very fine air bubbles. These bubbles stick to the suspended matter — whether it’s algae, oil, or another contaminant — temporarily reducing its density. The buoyant bubbles cause the particulates to rise to the surface.

Source or untreated water that contains light, buoyant particles can be easily treated with the process, but it’s not well suited for water sources that contain high levels of heavier particles that don’t float, for example, silt and clay particles.

Substances known as coagulants or flocculants are usually added to the water to coax suspended solids and colloidal particles into clumping together. Then, the process relies on aeration, the addition of very small air bubbles to a liquid. The bubbles attach to and float the flocculated particles to the surface, from which they’re removed.

Dissolved air flotation has been used for drinking water clarification in Europe since the late 1960s, according to WaterWorld; however, it is not used for this purpose much throughout North America. The process was not widely used in the United States for drinking water treatment until the early 2000s, when high-rate DAF technologies became commercially available. There are now roughly 50 drinking water treatment plants in North America using DAF, according to the publication, with capacities ranging from 500,00 GPD to 290 million GPD.

In addition to its use in drinking water treatment, DAF also is used for pretreatment in seawater desalination systems, including as an add-on for Fluence’s NIROBOX™ SW.

DAF can be effective in treating algae bloom or red tides, when overproduction of algae discolors surface water and sometimes contaminates it with toxins. Algal masses can clog even deep-water intakes, forcing their closure. If the algae are not removed properly and fully, they can clog membranes used in ultrafiltration, reverse osmosis, and other types of water purification.

Flotation is increasingly being used to treat mineral and mining wastes. Users of the technology cite benefits including less sludge production, and efficient removal of substances such as heavy metals or oil wastes. DAF also can be used to recycle process water and materials.

Another application of DAF is food processing. For example, Fluence was designing a treatment train for a large tuna processing plant in Ecuador that had an effluent very high in BOD. A DAF pretreatment was added to remove solids to create a sludge, which is then treated with anaerobic digestion to produce biogas.