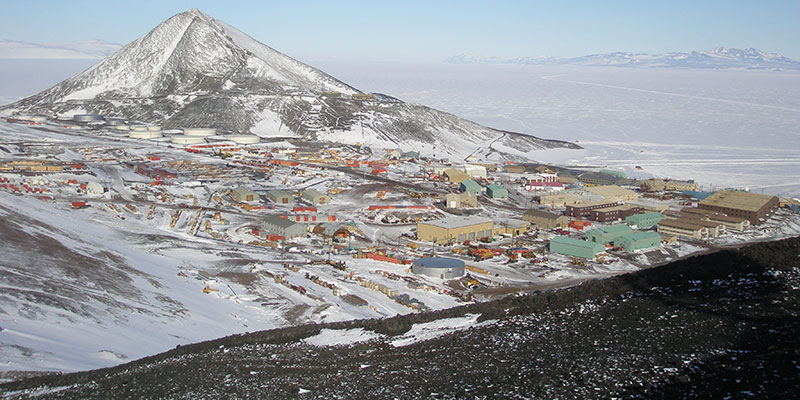 The McMurdo Station in Antarctica has a $6 million, 170-by-140-foot indoor facility to treat the station’s wastewater to U.S. standards.

Ninety-eight percent of the 5.483 million square-mile (14.2 million km2) continent is covered in ice. Every year, 27 nations send visiting researchers and support workers to Antarctica, giving it a seasonally variable population of between 1,000 and 4,000, divided among several stations and camps.

A key step in promoting wastewater treatment in Antarctica came in 1991 with the Madrid Protocol of the Antarctic Treaty nations, which established sewage treatment and disposal standards. It stipulates that wastewater and solids that cannot be discharged or reused be shipped for disposal to the home country of a particular outpost. Here is how a few of the dozens of stations are dealing with their wastewater challenges:

The ESA considers survival in an environment as hostile to human life as Antarctica akin to survival on Mars, and some would say the pioneers of Antarctica are almost as adventurous as astronauts. But wherever humans settle, wastewater treatment must eventually follow.

Contact Fluence to learn more about our disruptive technologies that make sustainable treatment possible in even the most forbidding environments, with Smart Packaged wastewater solutions that easily ship by truck, train, or ice breaker.