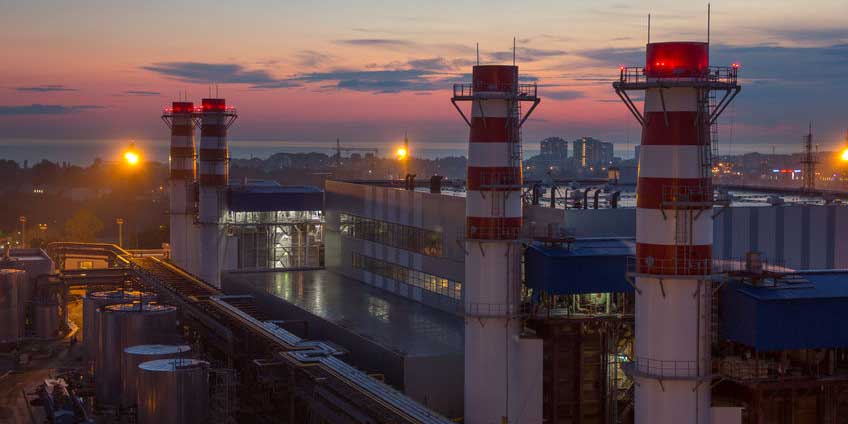 The United States generates nearly 90% of its electricity with thermoelectric plants, and it takes 161 billion gallons of water per day to do it, accounting for a whopping 38% of national water withdrawals. Significantly, 99% of withdrawals were from fresh surface water. Coal, oil, natural gas, and nuclear plants boil this water to make steam to propel generator turbines. Eastern states made 86% of these water withdrawals for thermoelectric plants, generating 75% of the power. Hydroelectric power fills a significant portion of the electricity need, especially in Western states.

Once the water is used, it must be cooled. In 43% of American thermoelectric plants, a “once-through” system is used, and the water is simply released back into the environment either directly or after being held in a cooling pond. In once-through systems, the large water volume withdrawn can wreak havoc on aquatic species, and when the water is released warmer than before, this “thermal pollution” can damage ecosystems again.

Several factors have contributed to the drop in water withdrawals, some regulatory, some pertaining to the replacement of older once-through cooling systems, and some pertaining to an industry shift away from coal toward natural gas. High-efficiency natural gas combined-cycle power plants increase thermal conversion efficiency, thereby increasing water efficiency as well.

Today, 57% of plants use more water-efficient cooling systems that feed any water that is not lost to leakage, blowdown, drift, or evaporation back into the system for reuse. In areas where suitable water is in short supply, reclaimed wastewater is sometimes used. One such facility is the Palo Verde nuclear plant in Arizona, the first nuclear plant that uses municipal wastewater for cooling. Florida Power and Light’s Turkey Point nuclear facility is poised to follow Palo Verde’s lead.

Even cutting-edge solar plants withdraw water and can benefit from water reuse systems. A good example of this technology is the Ashalim plant in Israel, which uses an array of mirrors to focus the sun’s rays on a tower to superheat salt that is then pumped underground. The stored molten salt is then used to create steam to propel turbines for power generation.

The Israeli government wanted to minimize brackish blowdown water discharges into cooling ponds. With its NIROBOX™ containerized desalination systems, Fluence was able to reduce the Ashalim plant’s water consumption by 50% and its effluent discharges by 90%.

Although the thermoelectric power generation industry is water-intensive, it has been trending toward more water efficiency since the 1970s and appears to be continuing the trend. As water scarcity becomes a more pressing concern all over the world, this type of efficiency strategy should continue to gain momentum.