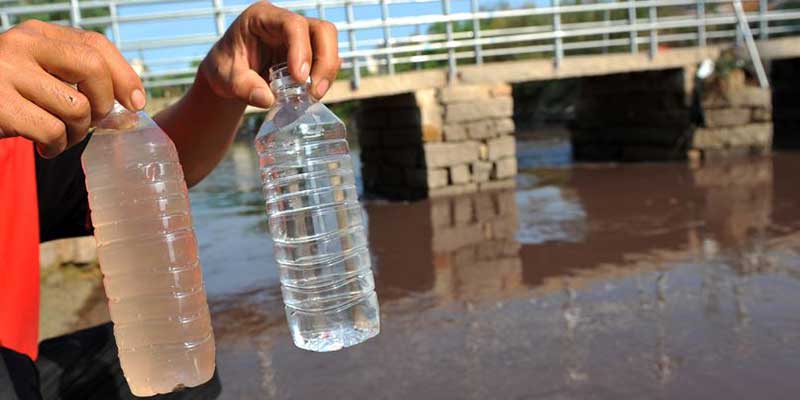 Total dissolved solids can affect water’s color, odor, and taste. Most dissolved substances do not threaten health, but they may prompt consumers to stop drinking or using water despite it being safe.

A level of total dissolved solids (TDS) that’s too high or low can affect health, the environment, and more

The measure of “total dissolved solids” (TDS) is an important overall water quality metric that refers to all filterable organic and inorganic substances found in water.

[Total dissolved solids] is a measure of the amount of material dissolved in water. This material can include carbonate, bicarbonate, chloride, sulfate, phosphate, nitrate, calcium, magnesium, sodium, organic ions, and other ions. A certain level of these ions in water is necessary for aquatic life. Changes in TDS concentrations can be harmful because the density of the water determines the flow of water into and out of an organism’s cells. However, if TDS concentrations are too high or too low, the growth of […] aquatic life can be limited, and death may occur.

TDS is commonly tested with a conductivity probe that detects ions, and then values are derived differently depending on the use for which the water is destined. Gravimetric tests can also measure high TDS concentrations, but they overlook volatile organic compounds (VOCs), and particular solids can also be measured in isolation.

The solids may find their way into the water through leaching and runoff from natural sources, in the case of silt and minerals, or through human activities in the case of sewage and wastewater discharges, urban and agricultural runoff, and salts used to de-ice roads.

Most drinking water, according to U.S. Environmental Protection Agency secondary standards, contains an average of between 200 and 300 mg/L of TDS. Water with TDS of more than 500 mg/L is not recommended for human consumption because high amounts of TDS in drinking water can negatively affect palatability.

The relative safety of water depends on which solids are present, so TDS is not necessarily a measure of drinking water safety; however, TDS often affects water’s taste, smell, and color. The World Health Organization (WHO) has quantified the effect of TDS levels on aesthetics as follows:

In the United States, TDS is considered a “secondary maximum contaminant level.” That is, most dissolved substances do not threaten health, but their color, odor, and taste may prompt consumers to stop drinking or using water even if it is safe. The EPA has a secondary drinking water standard for TDS of no more than 500 mg/L.

Excessive amounts of some of the compounds dissolved in water can also cause corrosion or other problems in water distribution systems. A prime example is scaling, which damages pipes, water heaters, and appliances.

Whether the target is beneficial environmental discharge, crop or landscape irrigation, industrial process water, or drinking water, Fluence has the technology and decades of expertise to achieve your target water quality.