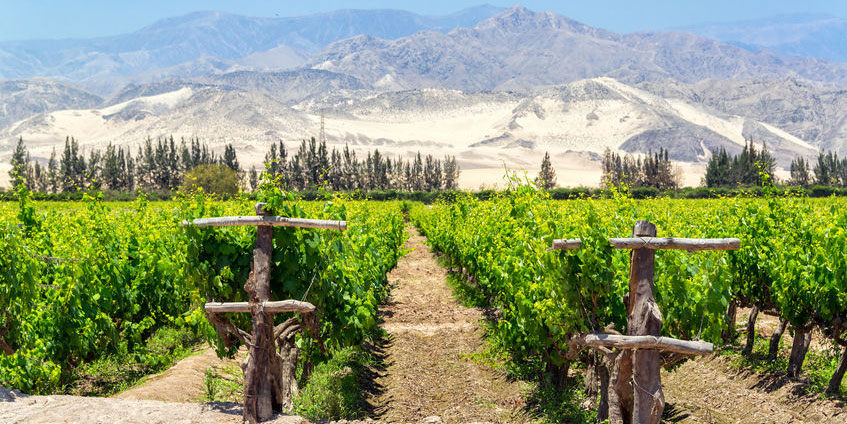 With 30% of the world’s fresh water, but only 8% of the population, one would not expect Latin America to be facing water crisis, but headlines in past decades tell a different story. Central American drought is driving migration. In North America, Mexico City residents sometimes have no water for weeks. In South America, violent protests have erupted in Chile over high water prices. Water that is available often is of poor quality, and climate change is just making matters worse.

While there is no shortage of fresh water in the wider region of Latin America, the water found in remote parts of the Amazon basin and frozen in the glaciers of rugged Patagonia do not help water stress in Latin America’s 20 largest cities. The Gulf of Mexico Basin, the South Atlantic Basin, and the La Plata Basin, which host water-intensive industry, have “40% of the population but only 10% of the water.”

In the past 20 years, population-driven rural-to-urban migration and rising living standards have contributed to further demands on municipal water services like drinking water and sanitation. Wastewater treatment has not kept pace, contributing to pollution of surface and groundwater. And climate change is driving more frequent and severe drought. But while there may be uneven distribution of fresh water, saltwater is widely available.

Desalination has been used in Latin America since the late 1800s but has not attracted headlines the way it has in other parts of the world, probably because its growth has been around smaller, lower-profile plants.

With a population of more than 650 million facing water scarcity, Latin America is now one of the largest emerging markets for seawater and brackish water desalination. The Latin American desalination market began to attract notice in 2012 with demand for reverse osmosis (RO) and nanofiltration membranes for mining and oil exploration. Early on, RWL Water, which later merged with Emefcy to form Fluence, was also drawn to Latin America. Fluence CEO Henry Charrabé explained:

One of the markets that, to us, was most interesting was Latin America. […] We’ve built a significant reference there and our Argentinian company is going to move into a larger, new facility. There are still tremendous opportunities for us in Latin America. Key projects are mostly in desalination.

Fluence has since participated in the desalination revolution sparked by RO advances in Israel over the past decade. Fluence’s technology, packaging, and products have led the way in offering highly scalable options, from the smallest Smart Packaged NIROBOX™ desalination plants, which are housed in shipping containers, to larger-scale options based on NIROFLEX desalination building blocks, as well as custom conventional plants.

A good example of NIROBOX’s small footprint and unobtrusive operation can be found in Costa Rica, where a NIROBOX plant is hidden away in the tropical jungle to provide fresh desalinated water for the Reserva Conchal resort without disturbing its pristine setting.

In Brazil, Fluence is building a desalination plant for a steel manufacturer that will start at a capacity of 12,000 m3/d. The modular Fluence design allows for seamless scaling to the plant’s final planned capacity of 36,000 m3/d, which would make it the largest seawater RO desalination plant in South America.

Peru and Chile lead desalination in the region, predominantly with seawater desalination.

In Peru, desalination is used for agriculture, industry, and municipal water. Agriculture accounts for more than 70% of water use in Peru, so the government now considers seawater desalination a national goal and is sponsoring the construction of plants.

In Chile, desalination is used extensively for mining and for municipal water, primarily in the arid north. In 2016, the legislature ordered studies to determine how desalination facilities could be used in the most drought-affected areas. The copper mining industry in Chile projects a 10% increase in water use in 2021, the biggest one-year water consumption increase in Chile’s mining sector. And, water use is expected to increase 66% to 24.6 m3/s by 2025.

Contact Fluence, a global company with a wealth of Latin American desalination experience, to make cost-effective desalination happen on any scale.