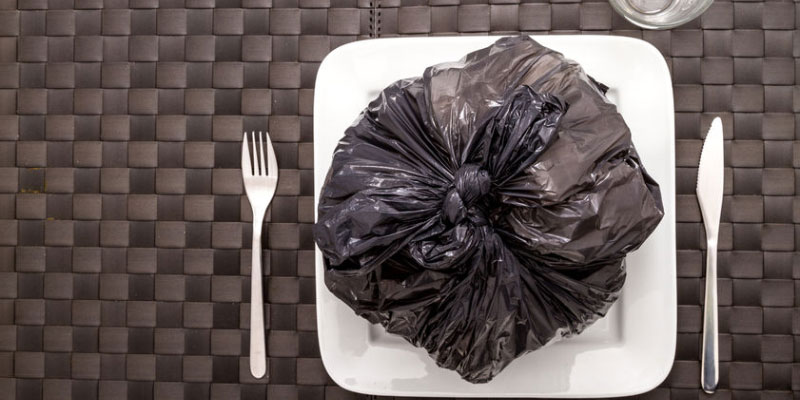 In the United States, 30-40 percent of food goes to waste. Instead of going to landfills, food and other organic wastes can be treated with energy-producing anaerobic digestion.

Food waste continues to be a problem worldwide, even with more and more attention being paid to reducing spoilage and to salvaging edible foods for redistribution or reuse.

One approach to the problem is diverting inedible organic matter from landfills and treating it with anaerobic digestion, which has the side effect of capturing energy.

The amount of food wasted worldwide was 2.3 billion tons in 2009-10, equal to more than half of the world’s annual cereals crops, according to the United Nations Environment Programme, Regional Office of North America. In the United States alone, an estimated 30 to 40 percent of food is wasted, which is why organic waste is the second greatest constituent in landfills.

Food waste recovery is a perennially hot topic, and the general consensus was that it was inevitably going to increase, despite the higher costs involved. Anaerobic digestion (AD) seems particularly well suited to processing food waste, and a number of the municipalities and states that are pursuing or enacting food waste landfill bans or diversion goals are exploring or encouraging AD facilities. Given the scalability and cost issues which the AD industry still faces, however, digesters on dairy farms and municipal wastewater treatment facilities are more common and cost effective outlets for food waste currently.

An important challenge is that most AD facilities have a finite capacity, which limits the volume of food waste that can be treated. Young said this raises the question of whether organizations would be wiser to take a “build it and they will come” approach.

“Waste-to-energy” describes processes of generating energy — electricity, heat, or fuel — through the treatment of waste products. It’s a clean and reliable source of energy with the potential to turn waste into an opportunity rather than an expense.

As mentioned, one way of converting waste into energy is via anaerobic digestion. The process creates biogas, which contains both methane and carbon dioxide. Biogas can be used to create thermal energy and also, through cogeneration systems, to generate electricity.

Despite the promise of anaerobic digestion, the success of waste-to-energy projects in the U.S. has been mixed. Some projects have been delayed or sidetracked by legal issues, as has occurred with a project in Maine. On the other hand, in Connecticut, the first food waste-to-energy plant is scheduled to start producing 1.2 megawatts of power by the end of 2016 from food wastes generated by local organizations, including Yale University.

Anaerobic digestion is gaining acceptance outside the U.S., gaining the most traction in areas where regulations and policies bar organic waste disposal in landfills, according to a report from Global Market Insights, Inc., which estimates the greatest commercial adoption is occurring in the U.S., Germany, Denmark, and France. The United Kingdom is working toward increasing awareness of anaerobic digestion, which includes a need for improved policies to support it.

How Effective Is Anaerobic Digestion?

How effective can anaerobic digestion be in resolving food waste?

One estimate said that if half of the food waste generated in the U.S. were treated using anaerobic digestion, it would generate enough electricity to power more than 2.5 million homes for a year, according to the U.S. Environmental Protection Agency. And a University of Texas study found that if food waste were ended, the U.S. alone could save roughly 2 percent of its total energy consumption in a single year. Michael Webber, the assistant professor leading the study, estimates that this equals saving 350 million barrels of oil, or roughly twice the annual energy consumption of Switzerland. He added:

The amount of energy embedded in the food we throw away is more than all the energy we get from the corn ethanol we produce in a year, so this is a big number and it’s a big, underutilized policy option for us to consider.

RWL Water is currently harnessing waste-to-energy technologies at food processing facilities across the globe and offers a wide range of anaerobic digestion solutions, drawing from its decades of experience across a wide range of industries and applications.

How can we help solve your next water, wastewater, or energy challenge? Please contact RWL Water with any questions or to request a quote.