Where Is the Most Water Reuse Taking Place? 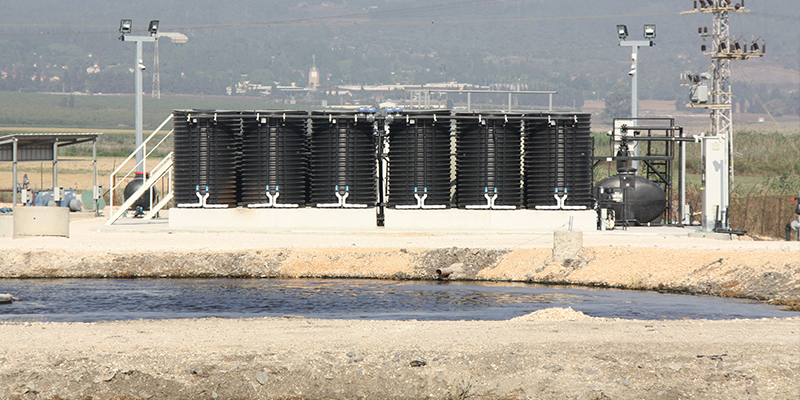 Water reuse is becoming increasingly important as water scarcity becomes prevalent throughout the world. Whether it’s referred to as water reuse, water recycling, water reclamation, or another name, the resulting purified wastewater can be used in many applications, both potable and nonpotable.

In some places, water reuse has been slow to catch on, particularly because of the so-called “ick factor.” But it is catching on in other parts of the world. Where is the most water reuse taking place?

Blanca Elena Jiménez Cisneros, writing in Water Reuse: An International Survey of Current Practice, Issues and Needs, notes the difficulty of defining reuse because it differs from nation to nation.

The incidence of reuse also maybe hard to quantify because national statistics don’t reflect what may be significant reuse regionally.

In total volume, China, Mexico and the United States are the countries with the largest quantity of wastewater reuse, but in the first two cases non-treated wastewater is involved, and for China the value reported is certainly underestimated. […] If the reuse per inhabitant is considered, Qatar, Israel and Kuwait are the countries highest ranked, while when reuse is considered as the percentage of the total water used, Kuwait, Israel and Singapore become the most important.

Water Reuse in the U.S.

Potable water reuse systems have been in place in the U.S. since 1962, according to the U.S. National Academy of Sciences. California, Virginia, Texas, Georgia, Arizona, and Colorado have systems that use highly treated water to augment municipal supplies. In one case, Orange County, California, produces 70 million GPD of potable water that is either injected into water-supply aquifers or permitted to percolate into the region’s groundwater supplies via infiltration ponds. The academy estimates about half of the nation’s potable reuse systems have come online in the past 10 years.

As of 2017, there were 763 water reuse projects in the U.S. being tracked by Bluefield Research analysts, who estimated that $18 billion in projects in were in development in 17 states as of mid-2017.

In 2011, the World Bank observed that water reuse in Arab nations has increased dramatically, and that most of the countries see how it can substantially increase water resources. It’s estimated that together, Arab states produce more than 10 km3/year of wastewater. Of this amount, about 55% is treated, and 15% is reused in farm and landscaping irrigation, environmental protection, and industrial cooling. Groundwater recharge is also taking place in some of the nations.

By contrast, Europe is lagging in adoption of treated wastewater reuse. According to the European Commission:

The Chartered Institution of Water and Environmental Management (CIWEM) says there are 700 reuse projects throughout Europe. According to the CIWEM, “The growth in the flow rate capacity each year is 25 to 60% in the countries that recognise the benefits of reuse.”

Agriculture is one of the industries most affected by water scarcity and it stands to benefit greatly from water reuse. An estimated 70% of all freshwater withdrawals worldwide were made for agricultural use. With food demand expected to increase with the growth in population and water demand by 2050, solutions are needed that are able to address each of these challenges.

Not only can farmers and producers reuse water for irrigation, but they can also institute practices to help recharge local aquifers.

Some areas in the Middle East-North Africa region are using reclaimed water. Wood production and anti-desertification are two applications for treated wastewater in Tunisia, for example. A quarter of all the water used in Jordan is from reclaimed sources.

Marlos De Souza, a senior officer with the Food and Agriculture Organization of the United Nations Land and Water Division, told Water World:

[G]lobally, only a small proportion of treated wastewater is being used for agriculture, most of it municipal wastewater. But increasing numbers of countries – Egypt, Jordan, Mexico, Spain and the United States, for example – have been exploring the possibilities as they wrestle with mounting water scarcity […] When safely used and managed to avoid health and environmental risks, wastewater can be converted from a burden to an asset.

One factor that has hampered adoption of water reuse in agricultural settings is the distance from farms to centralized treatment plants. Innovations in water treatment are making it possible to treat water at the site of use rather than at a typical municipal treatment plant. A good example of this innovation is Fluence’s membrane aerated biofilm reactor (MABR), an aerobic treatment system that uses passive aeration and biofilm-based nitrification-denitrification. MABR’s dramatic energy savings make it practical for decentralized treatment in remote locations.

In one case, a dairy farming community in Israel’s Jezreel Valley needed to improve the quality of its effluent to meet new government regulations. By integrating MABR treatment into its existing pond system, the community was able to convert its high-nutrient wastewater into effluent suitable for crop irrigation.

Whether water reuse will reach its full potential depends on a number of variable factors in each country, such as economic considerations, potential uses for reclaimed water, the stringency of wastewater discharge requirements and public policies for conservation and protection. Local strategies need to be flexible and promote wastewater reuse in the best and safest possible conditions.